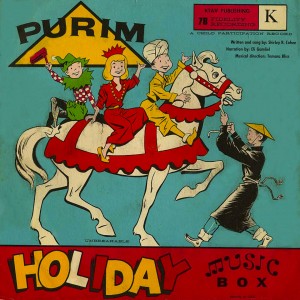 The Shabbat that precedes Purim is called Shabbat Zachor – the Shabbat of Remembrance. For on this Shabbat, there is an added maftir (a different concluding reading) and a different Haftarah reading because we are to recall the Torah command to blot out the memory of the Amalekites.

What does it mean to remember? How on earth am I supposed to remember something that happened thousands of years ago, to someone else? How can we both remember and blot out the remembrance of Amalek? Why go through such terrible mental contortions at all—isn’t it better to just forget?

Rabbi Yaakov Asher Sinclair points out that the only difference between a tragedy and a comedy is the ending. The book of Esther is written in the classic style of a comedy. The whole tragedy is turned upside down, Haman is hung on the enormous gallows he himself built, the Jewish people are saved, thousands of Persians convert to Judaism, and a Jewish girl becomes queen of what is now modern day Iran. The irony of the book should be evident.

I'm a Rabbi, writer, thinker, mountain biker, father and husband ... not necessarily in that order. According to my wife, however, I'm just a big nerd. I have degrees in dead languages and ancient stuff. I have studied in various Jewish institutions, including an Orthodox yeshiva in Europe. I get in trouble for making friends with perfect strangers, and for standing on chairs to sing during Shabbos dinner. In addition to being the Senior Rabbi of Simchat Yisrael Messianic Synagogue in West Haven, CT, I write regularly for several publications and speak widely in congregations and conferences. My wife is a Southern-fried Jewish Beltway bandit and a smokin' hot human rights attorney... and please don’t take offense if I dump Tabasco sauce on your cooking.
View all posts by Rabbi Joshua →
This entry was posted in Uncategorized and tagged Pieces of Parasha, purim, torah. Bookmark the permalink.