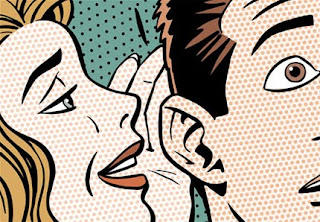 The Hebrew word Ha’azinu means “listen.” It is a command to pay attention to the words of the song Moshe recounts to the Jewish people before his passing.

The verbs to “listen,” “hear,” and “pay attention to” are used many times, and conjugated in many different ways throughout the Torah; emphasizing the imperative to take the message seriously. It is also a beckon to delve into the words to hear what is not directly on the surface. It is a call to ask, “What is God really trying to say to me?”

All of us hear many things on a daily basis. However, how often are we truly listening? In any kind of relationship, whether it is a friendship or romantic relationship, there are often moments of miscommunication and lack of true understanding. This is often because we are not intently listening. We are often not paying attention to the subtle nuances, or to what is actually being communicated without being said (non-verbal communication). Due to so many distractions, we often let things go in one ear and out the other.

That is what God is warning the Jewish people against through the song in this week’s parasha. Moshe is pleading with the Jewish people not to stray from HaShem, but to listen to God’s instructions, and do all He commands us. It is vital that we not only heed the message of HaShem, but be careful to also put the words into practice. And not just for us, but for our children and all future generations to come. As this week’s parasha states:

Take to heart the words of my testimony against you today, so that you can use them in charging your children to be careful to obey all the words of this Torah. For this is not a trivial matter for you; on the contrary, it is your life! (Deuteronomy 32:46-47)

The role of the Jewish people is the responsibility of Kiddush HaShem – to sanctify the Name of God. This is what Moshe is charged with not doing at the end of Ha’azinu. Therefore, we must be careful to listen to the warning, to take heed not to stray from God’s commands, and to teach our children to follow God’s Torah.