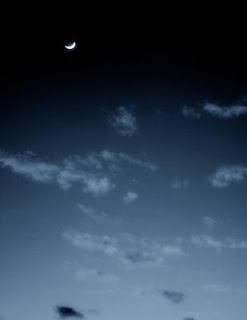 Each of these plagues are devastating enough on their own, but added up together you can see why the result was the dramatic climax of Israel’s exodus from Egypt. Each plague is a demonstration of HaShem’s might and omnipotence. And what most people miss in the story is that each plague carries its own unique message, as each plague was meant to bring a direct assault against a different Egyptian deity.

The Nile River in Egyptian mythology carries a sacred aura about it. It is the life source of the country. It alone represents life and sustenance in an otherwise dry and parched land. Blood is a symbol of death. Therefore the first plague represented a direct assault upon the Egyptian’s sole source of life.

The Egyptian deity, Heqet (or Isis), is often represented as a frog. She represents fertility and sustenance. As a result, the second plague of frogs was a direct assault against this specific deity, demonstrating that HaShem, the G-d of Israel, was more powerful than Heqet and that HaShem alone is the source of all life.

The ninth plague, darkness, was a demonstration against Egypt’s primary deity Amen-Re, who is often represented as the sun. Three days of darkness so thick it could be felt (Ex. 10:21) established that the G-d of Israel was even greater than Egypt’s primary deities.

So, you get the idea … each plague directly correlated with a particular deity or central tenet of Egyptian mythology. But the final plague – the death of the firstborn – was the most catastrophic. Pharaoh would not have let us go on his own. Sadly, it took ten deadly and disastrous plagues to get Pharaoh to let the Jewish people leave Egypt. Although the result of these plagues would be our exodus from tyranny, slavery, and oppression; we do not rejoice over the suffering of the Egyptians or the havoc brought upon them.

Wine is a symbol of joy. So during the Passover Seder, when we recall the ten plagues we deplete the wine in our cups by placing drops of wine onto our plate. When havoc is wrought upon any people – be they helpless victims or our enemies, we do not rejoice over their fate. Our tradition teaches us that their suffering decreases our own joy.

So although we do not rejoice over the fate of the Egyptian people, we do commemorate our redemption from Egypt. We also look forward to our ultimate redemption – when our Messiah, Yeshua, returns and ushers in the world to come. The Messianic Age will bring with it not only our redemption as a people, but a permanent end to oppression, disease, and the suffering of others.

2 Responses to Responding to Calamity