Words to a New Generation 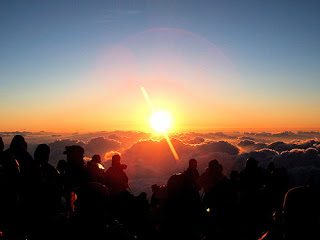 Deuteronomy is unique. Firstly, the book is a retelling of the entire Torah.

Lastly, the book involves a different generation than the rest of the Torah. Meaning, the whole reason Moshe is pleading with the people at the beginning of this parasha is because it is a new generation about to go into the Promised Land. This is not the generation who wandered in the dessert for forty years. This is not the generation that left Egypt and was involved in the sin of the golden calf. Many of these people were not even born when the Torah was originally given, and if they were, they may not have been old enough to fully comprehend the impact of the giving of the Torah on Mt. Sinai. This was a new generation.

Many of us represent this new generation. There is a new land we are about to enter. As many voices in the Jewish world are declaring the demise of Judaism in America, we stand at the threshold of opportunity. We can either listen to the calls of those who only see the end of the Jewish community as we know it, or we can take hold of the vision cast by HaShem.

Deuteronomy is a voice to a new generation. It is a voice to us. You and I may not have physically stood at Mt. Sinai, but we did receive the Torah (Dt. 5:3). It is time to take hold of the Torah once again and step forward into a new land.

The generation of our Torah portion experienced the dying out of the pervious generation. We also do not have to look far to see Judaism diminishing among our parents’ generation. But it does not have to end here. If we are willing to look closely, there is a Promised Land ahead.

It is the business of the Chasid to live now for the realization of this Messianic Age.

It is our destiny, as devoted Chasidim of our Messiah, to prepare the world for the coming of Mashiach.

We need to create communities that are focused on relationships, where people are valued for being created b’tzelem Elohim – in the image of G-d. We need communities where people are empowered to lead and to follow, and where leaders serve as guides, rather than as lone-rangers. We need to embody a vision of Jewish life that is infused with the power of Yeshua, and filled with the Spirit. We need to reclaim our identities as Israel declaring a corporate witness to the world of G-d’s continued unfolding plan for the Jewish people and the Nations.

There is yet a Promised Land ahead. Are you able to see it? And if you’re able to catch a glimpse of it, are you ready to help build it?

I'm a Rabbi, writer, thinker, mountain biker, father and husband ... not necessarily in that order. According to my wife, however, I'm just a big nerd. I have degrees in dead languages and ancient stuff. I have studied in various Jewish institutions, including an Orthodox yeshiva in Europe. I get in trouble for making friends with perfect strangers, and for standing on chairs to sing during Shabbos dinner. In addition to being the Senior Rabbi of Simchat Yisrael Messianic Synagogue in West Haven, CT, I write regularly for several publications and speak widely in congregations and conferences. My wife is a Southern-fried Jewish Beltway bandit and a smokin' hot human rights attorney... and please don’t take offense if I dump Tabasco sauce on your cooking.
View all posts by Rabbi Joshua →
This entry was posted in Uncategorized and tagged moses, nexgen, Pieces of Parasha, torah. Bookmark the permalink.

1 Response to Words to a New Generation