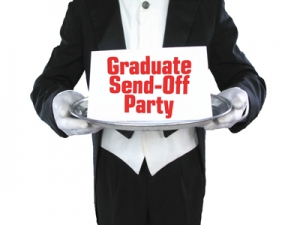 Commission, authority and lack of faith.  These are the three primary themes found in this week’s Besora reading.  The Book of John describes Yeshua’s appearance to his disciples immediately following his death and crucifixion.  Shocked at what they were witnessing, Yeshua showed them the wounds in his hands and his side.  Once they realized it was truly Yeshua and not a vision, they were overjoyed.

Yeshua, almost continuing a form of commissioning found in our Torah portion, Shoftim, commissions his followers to be sent out as emissaries to the world – “Just as the Father sent me, I myself am also sending you (John 20:21).” It says that Yeshua then “breathed on them,” they were filled with the Spirit, and given authority in deciding spiritual and halachic matters.

One of the followers, Thomas, doubted what the other disciples described.  Thomas vowed not to believe their story unless he was physically able to touch Yeshua’s wounds.

A week later Yeshua appeared again and specifically approached Thomas.  Allowing him to physically touch and witness the evidence of his crucifixion, Thomas believed that it truly was Yeshua.  Although Yeshua was moved, he declared, “how blessed are those who do not see and yet trust anyway.”

Although we may not be part of the original twelve, we are all followers of our Mashiach.  And we too have been commissioned as shlichim – as emissaries to a world in need of Light.  Reb Nachman of Breslov once taught, “The whole world is a very narrow bridge, but above all, do not fear.”

That is the same message of our Rebbe and Mashiach!  As we carry out this assignment in preparing the world for the coming of Messiah we will face trials and hardships.  But above all, we must not fear or doubt.  Rather we must walk in the Spirit and authority given to us as followers of our risen Messiah, and carry out the task assigned to us.

I'm a Rabbi, writer, thinker, mountain biker, father and husband ... not necessarily in that order. According to my wife, however, I'm just a big nerd. I have degrees in dead languages and ancient stuff. I have studied in various Jewish institutions, including an Orthodox yeshiva in Europe. I get in trouble for making friends with perfect strangers, and for standing on chairs to sing during Shabbos dinner. In addition to being the Senior Rabbi of Simchat Yisrael Messianic Synagogue in West Haven, CT, I write regularly for several publications and speak widely in congregations and conferences. My wife is a Southern-fried Jewish Beltway bandit and a smokin' hot human rights attorney... and please don’t take offense if I dump Tabasco sauce on your cooking.
View all posts by Rabbi Joshua →
This entry was posted in Uncategorized and tagged Besorah, New Testament, Yeshua. Bookmark the permalink.