Prophetic Vision and the Essence of HaShem 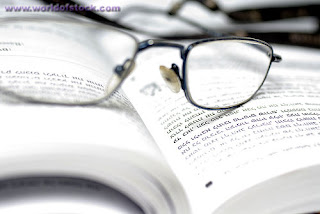 The opening line of this week’s Torah portion reads, “See, I present before you today a blessing and a curse (11:26).” The first word of the parasha, re’eh, is conjugated in an imperative form. Meaning that it is a command to do, to pay attention to, and “to see to” all the instructions G-d is setting forth.

Moshe does not just present Israel with a choice between blessings and curses. Moshe actually opens with a prophetic blessing to the Jewish people. The blessing is the hope that Israel would be able to re’eh – “see” beyond the blessings and curses. It is the prayer of Moshe that the Jewish people would not only observe the mitzvot of HaShem, but would be able to prophetically “see” G-d’s ultimate purposes.

Without a prophetic vision, the people throw off all restraint; but he who keeps Torah is happy.

Moshe is directly connecting observance of Torah with spiritual discernment and prophetic (spiritual) giftings. Walking in the ways of HaShem is the path of spiritual maturity. All of Deuteronomy is a repetition of the Torah, and this week’s portion is an even further condensed repetition. As such, the opening verse of the portion speaks of the importance of re’eh, “seeing” to all that G-d requires of us.

Observance of the mitzvot is an exercise in spiritual discipline. In doing the things G-d instructs us, we become more sensitive to the lifestyle of the Spirit. As such, it is the blessing of Moshe that by choosing to follow G-d’s instructions we will re’eh – “see” into the mysteries of HaShem. That is why the Torah concludes with the commandments concerning the shalosh regalim, the three pilgrimage festivals, when we are to appear before G-d – Pesach, Shavuot, and Sukkot. These festivals are known as mo’edim.The word mo’ed is a divine appointment. These are times when G-d chooses to meet with us. Times set aside for G-d to impart something within us. These are opportunities for relationship.

G-d’s ultimate purpose for us is relationship. According to the great Jewish philosopher Abraham Joshua Heschel, since creation, G-d has been in pursuit of that relationship with us. When we invest in our relationship with HaShem, and draw closer to Him by observing what the Torah instructs, we are choosing “to see” spiritually. Parashat Re’eh gives us the keys to establishing the very presence of G-d in our midst. This week’s portion guides us through the observance of kashrut, the dietary laws, the rules for offering gifts (tithes, offerings, and sacrifices), and for the mo’edim, as prophetic opportunities to understand the essence of HaShem.