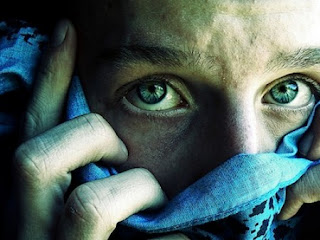 I used to teach in a Hebrew School at a large Reform Synagogue. One of my responsibilities was to prepare young adolescents for their B’nai Mitzvah. It never ceased to happen that every year some twelve year-old would get completely bummed out upon discovering that their entire Torah portion was about physical impurities and leprosy. Often they would try everything imaginable to get the rabbi or cantor to let them choose another Torah portion. But usually to no avail.

Although the majority of this week’s Torah portion focuses on leprosy, this is really not the most accurate translation and understanding of the Hebrew word Tzara’at. Although it is common to understand these passages as dealing with an actual skin disease, Jewish tradition teaches that tzara’at is not leprosy at all, but a serious spiritual condition.

According to the sages, tzara’at is a spiritual malady. It is believed that tzara’at is the result of Sinat Chinam – hatred without a reason. Tzara’at is the direct result of unforgiveness and hatred. Rabbi Samson Raphael Hirsch demonstrates that tzara’at cannot possibly be what we commonly understand as leprosy today. This conclusion is due to two things: First, the physical symptoms for leprosy are different from the Torah’s description. Second, the confinement procedures and rules for a person with tzara’at make absolutely no sense. For example, a person with tzara’at which covers their entire body is not ritually impure. But a person who is only partially covered with tzara’at is ritually impure (13:13).

Another example has to do with tzara’at within a home or dwelling (14:26). The Torah states that before a house can be declared ritually pure, all its contents must be removed. Otherwise they become unclean. However, if there was truly a worry about tzara’at being a contagious skin disease, it is irrational to exclude the household items from the quarantine.

The Talmud further states that if the symptoms of tzara’at appear on a newlywed or during a festival, the priest is not even to examine the person so as not to interfere with the celebrations. Therefore, if the purpose was to actually prevent the spread of disease, it would be important to enforce the laws of tzara’at so as not to spread it any further during these greater times of mingling and festivities.

Yeshua himself taught, “Do not judge, so that you won’t be judged! For the measure with which you judge others is how you too will be judged (Matthew 7:1-2).” According to the sages, tzara’at is the physical effect of sin. It is a spiritual disease that must be kept in check. To specifically avoid tzara’at, one must avoid slander and baseless hatred.

All of us have spiritual sores and wounds, which if left untreated, can fester into something much worse. That is why we must learn to forgive and let go of any kind of judgment and hatred we might have against another person. We must learn how to go before our great High Priest, Yeshua our Messiah, and let him inspect us. For through him, not only will we find healing, but wholeness and redemption as well.