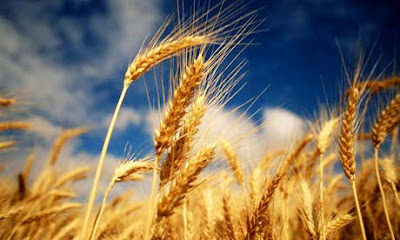 What is the connection between these two parashiot, and what is the ultimate promise made by G-d to the Jewish people?

Behar and Bechukotai are the last two portions in the book of Vayikra, Leviticus. On non-leap years, when various portions are doubled up, the rabbis specifically chose these two portions to be read together. One does not have to look too hard to be able to see the similarities between the two portions.

Behar begins with a special connection between Mt. Sinai and the land of Israel by speaking of the holiness of shmita, of letting the ground lay fallow for an entire year every seven years. This connection is directly connected to the mitzvah of Shabbat. For six days we are to work, and on the seventh day we are to rest.

This idea follows that HaShem created the world in which we inhabit for six days, but on the seventh day G-d ceased from His creating, and brought completeness and menucha – rest. The purpose of shmita is to teach us that the ultimate force in the universe is G-d and not the law of nature. It also goes against our own instincts of fear that if we do not plant and work during that year, we will starve. Yet this is why, built even into the harvesting of the land, G-d gives us opportunities to demonstrate faith. That is the reason for the harvesting for six years, and stowing a small amount away every year of in order to have extra food for the year of shmita. By doing so, we are obligated to trust G-d that by following His mitzvot, we trust He will provide for us during these years so that we will not go hungry in the seventh. This goes against everything in us to take a Shabbat – especially for an entire year!

However, Parashat Bechukotai begins with G-d promising that if we follow His commandments, than He will give us abundance in our harvests and blessings upon us. That He will send us the rain we need, and will keep our enemies away. It is His promise that if we will trust in Him, and observe the mitzvot He just gave us in the previous parasha, that He will be faithful to meet our needs.

How often do we really trust G-d to meet our needs? Often we worry and seem to keep little areas hidden (or at least we think hidden, from G-d). Yet, that is not what HaShem wants of us. G-d wants us to trust and believe, that by following His mitzvot, He will bring blessings in our lives. Yeshua reiterates this by reassuring us not to worry about these things – of what we will eat or drink, or even about what we will wear (Mat. 6:25-34). For Yeshua promises us that He knows everything we need better than we do. Therefore Yeshua affirms the message of this week’s parashiot, to continue to seek His Kingdom and His Righteousness (i.e. His mitzvot and will for our lives), and everything else will be added to us as well.