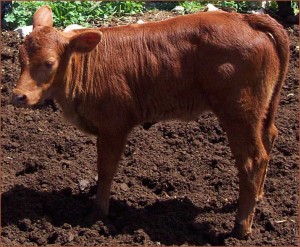 This week is a special Shabbat called Shabbat Parah. It is named after the special maftir reading from Numbers 19 that describes the process for sacrificing the Red Heifer. This portion is always read before the beginning of the Jewish month of Nissan.

The parah aduma (red heifer) represents the quintessential chok (divine decree without any seeming rationale). The ashes of the red heifer were used for purification. Through the death of a calf, the Tabernacle, its furnishings, and those who served were purified and ritually cleansed to serve in the presence of G-d. The ashes were also used to purify someone who became ritually impure through contact with a dead body. 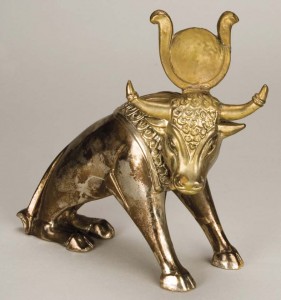 Interestingly, this week’s Torah portion, Ki Tissa, also describes a calf, the egel massekha (the golden calf). The Jewish people grew restless after many days had passed since they last heard from Moses. So they took matters into their own hands, and Aaron and the people built a golden calf. This calf, however, was unlike the red heifer. Rather than bringing purification from ritual impurity it brought about defilement, sin, and eventually death.

In Likutei Halachot, Rebbe Nachman explains why this special portion on Shabbat Parah is read after Purim. In the course of our victory over Haman-Amalek, we become defiled through contact with death and evil, and need to be purified. The Sfat Emet further explains (and makes the connection to Ki Tissa) that tumat met (impurity from the dead) is a function of mortality, which entered the world as a result of the primordial sin of Adam who ate from the tree of knowledge.

According to Rabbi Zvi Leshem, man’s desire to be all knowing like G-d, placing the value of knowledge over that of faith, led to his downfall, bringing death and impurity into the world. Ritual purity comes through the willingness to serve HaShem even in a reality permeated by doubts and confusion.

On this Shabbat Parah we are confronted with two different scenarios involving the offspring of a cow – one that leads to life and another that leads to death. Although this does not seem to make any sense to our rational minds, there are significant reasons. It is not about us but about HaShem. The purpose of the red heifer is to remember the need to atone for the sin of the golden calf, and to bring forth purification and life where there seems only death.

I'm a Rabbi, writer, thinker, mountain biker, father and husband ... not necessarily in that order. According to my wife, however, I'm just a big nerd. I have degrees in dead languages and ancient stuff. I have studied in various Jewish institutions, including an Orthodox yeshiva in Europe. I get in trouble for making friends with perfect strangers, and for standing on chairs to sing during Shabbos dinner. In addition to being the Senior Rabbi of Simchat Yisrael Messianic Synagogue in West Haven, CT, I write regularly for several publications and speak widely in congregations and conferences. My wife is a Southern-fried Jewish Beltway bandit and a smokin' hot human rights attorney... and please don’t take offense if I dump Tabasco sauce on your cooking.
View all posts by Rabbi Joshua →
This entry was posted in Uncategorized and tagged atonement, Pieces of Parasha, torah. Bookmark the permalink.