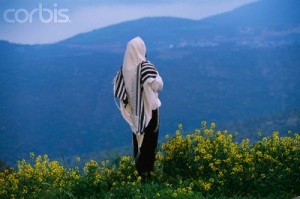 Rebbe Nachman of Breslov, a great-grandson of the Baal Shem Tov, and founder of Breslover Chassidus, breathed new life into Judaism by combining the mystical elements of Chassidus with in-depth Torah scholarship.

In addition to regular davening from the Siddur, Rebbe Nachman frequently recited extemporaneous prayers. In fact, he taught his Chassidim (his followers) that they should spend at least one hour alone each day, talking aloud to G-d in his or her own words, as if “talking to a good friend.” This practice was to be in addition to the prayers of the Siddur. Breslover Chassidim still follow this practice today, which is known as hitbodedut (literally, “to make oneself be in solitude”). Rebbe Nachman taught that the best place to perform hitbodedut was in a field or in the forest, among the natural works of HaShem’s creation. The hours spent in secluded prayer, according to Rebbe Nachman, were one of the primary ways to build a relationship with G-d.

‘Hitbodedut’ – inner-directed, unstructured, active self-expression before G-d – ‘is the highest path of all. Take it!’ (Dancing with G-d, p.49)

Within our prayer lives, we need communal and personal forms of prayer – the structure of the Siddur, as well as hitbodedut. For prayer in all its forms draws us closer to HaShem. And yet, there is something special about our personal prayer times – alone, secluded, without distraction.

According to Rebbe Nachman:

“Hitbodedut is the greatest thing – above all else. That is to establish at least one hour or more to be alone in some room, or in the field, and to voice one’s dialogue between himself and his Owner. Reasoning and arguing with graceful words of appeasement and conciliation, requesting and beseeching before Him who is Blessed to bring one close to His service in truth. And this prayer and supplication should be in the language one speaks naturally.” -Likutei Moharan II, 25

Some time ago I ran across a short documentary video that does a great job of introducing the concept of Hitbodedut to a wider audience, and worth watching:

The idea of hitbodedut was also practiced and encouraged by our own “rebbe.” Yeshua himself would often go off into seclusion to pray. We see this many times throughout the Besorot:

But you, when you pray, go into your room, close the door, and pray to your Father in secret. For your Father, who sees what is done in secret, will reward you. -Matthew 6:6

I'm a Rabbi, writer, thinker, mountain biker, father and husband ... not necessarily in that order. According to my wife, however, I'm just a big nerd. I have degrees in dead languages and ancient stuff. I have studied in various Jewish institutions, including an Orthodox yeshiva in Europe. I get in trouble for making friends with perfect strangers, and for standing on chairs to sing during Shabbos dinner. In addition to being the Senior Rabbi of Simchat Yisrael Messianic Synagogue in West Haven, CT, I write regularly for several publications and speak widely in congregations and conferences. My wife is a Southern-fried Jewish Beltway bandit and a smokin' hot human rights attorney... and please don’t take offense if I dump Tabasco sauce on your cooking.
View all posts by Rabbi Joshua →
This entry was posted in Uncategorized and tagged Chasdei Yeshua, Chassidus, Chassidut, Hitbodedut, Jewish life, Prayer, Spirituality. Bookmark the permalink.

2 Responses to Hitbodedut: Praying in Solitude