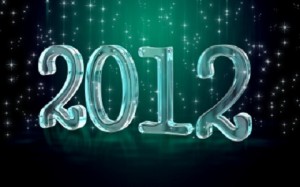 These, of course, are only a few examples of the unsettling events of the last year. The cognitive dissonance between the joy of celebrating a New Year and our grief is profound. Yet, each one of these events is a wake-up call in their own way … politically, emotionally, spiritually.

There is darkness in the world that threatens to obscure the holy light of every human being … as it is said, ‘Darkness covers the earth… (Isa 60:2).’ Even though we see how terrible things are, and how they seem to get worse and worse, we retain the hope that in a single moment, when the time of redemption comes, we may, with God’s help, be able to once again achieve wholeness.

And in the words of Martin Luther King, Jr., ‘Darkness cannot drive out darkness: only light can do that.’

We just celebrated Hanukkah, the Festival of Lights, which is a reminder that each individual and every act has the potential to shine light … to dispel darkness.

In every generation there are those defining moments that stand out and shape who we are. For those who experienced it firsthand – it must have truly been something to witness Neil Armstrong set foot on the moon in July of 1969 – to hear those forever enshrined words, “One small step for man, one giant leap for mankind.” When Neil Armstrong became the first man to set-foot on the moon, it was a wake-up call to a generation that anything is possible and that other worlds lay open before us, waiting to still be explored.

Today begins a New Year (at least on the Gregorian calendar) which also serves as a wake-up call … with also very real and lasting repercussions.

In a very mystical and beautiful passage from the Book of Ezekiel, the prophet is taken up in a vision to heaven where he sees the Chayot HaKodesh – the mysterious angelic beings surrounding the throne of G-d, which Ezekiel describes as a fiery chariot. The text says something very fascinating:

You can also say that they are moving “this way and that” – or even that they are “falling away” and then “returning.” Jewish scholars and mystics have long asked, ‘How can this be?’ How can angelic beings who are so close to the Divine be moving about – or to even read it as to “fall away and draw back again?”

The Sfat Emet observes that in reality, the Chayot HaKodesh are a picture of our own spiritual experience. That we all live in this cycle of falling away and returning again to the presence of HaShem. The Sfat Emet called this moving away a Yeridah l’shem aliyah – a descent for the sake of ascension.

We all perpetually exist at times far from G-d’s Presence, and at other times very close to Him. The Sfat Emet further observes that we exist in this tension and paradox – on one level we were created in the Image of G-d and in reality have never truly left his presence, and at the same time we experience our lives in this world as being so far from G-d. Distant and longing to return.

On this New Year’s day we all stand before the King of the Universe and recognize just how far we have at times fallen away from G-d … and yet long and yearn to be back in His Presence. On this New Year we have the opportunity to find our way back … and lead others to that realization, as well.

If the events of the past year have taught us anything, it is that until the time of Mashiach’s return, there will always be a tension between light and darkness, between hope and despair, and between our drawing closer and falling away. But as those who bear the light of Mashiach, it is our job to shine our lights … to dispel the darkness and to be bearers of hope to the world. We must speak out against injustice, stand up for those who are oppressed, and prepare the world for the return of Mashiach.

As a New Year begins it is time to re-assess our lives and the purposes of our communities. Will this be a year of falling-away for you … or of return? Will you be a bearer of light, or one who is defeated by the darkness? We must ask ourselves whether or not we are really accomplishing what we should be doing, and if not, why? There is still so much work to be done.

I'm a Rabbi, writer, thinker, mountain biker, father and husband ... not necessarily in that order. According to my wife, however, I'm just a big nerd. I have degrees in dead languages and ancient stuff. I have studied in various Jewish institutions, including an Orthodox yeshiva in Europe. I get in trouble for making friends with perfect strangers, and for standing on chairs to sing during Shabbos dinner. In addition to being the Senior Rabbi of Simchat Yisrael Messianic Synagogue in West Haven, CT, I write regularly for several publications and speak widely in congregations and conferences. My wife is a Southern-fried Jewish Beltway bandit and a smokin' hot human rights attorney... and please don’t take offense if I dump Tabasco sauce on your cooking.
View all posts by Rabbi Joshua →
This entry was posted in Uncategorized and tagged 2012, Hope, New Year. Bookmark the permalink.