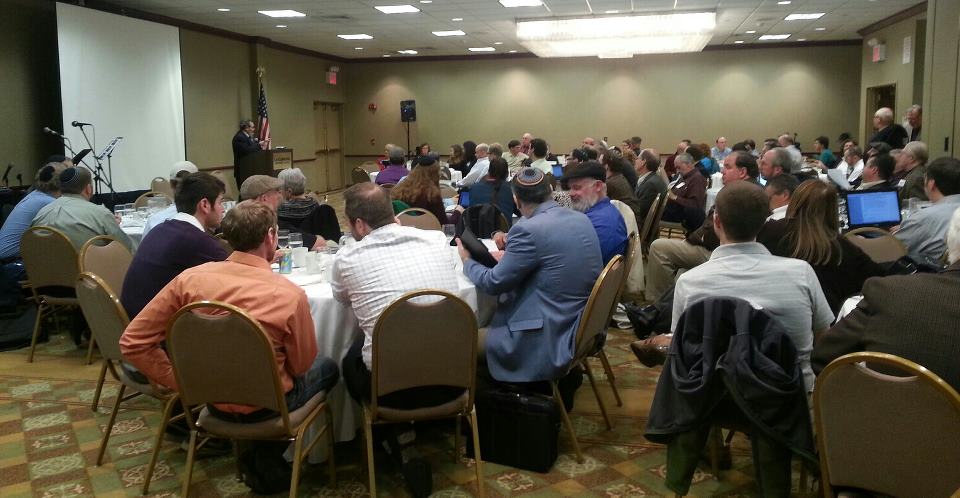 Last week I was in New York for the third Borough Park Symposium, which brought together Messianic Jewish rabbis, leaders and scholars from all over the world. The forum, which is sponsored by Chosen People Ministries, is one of the only venues that brings together such a diverse representation of Jewish believers in Yeshua from the mainstream Messianic Jewish Community. There are not only representatives from different countries, but even various groups, organizations, and even theologies.

But this dialog is important. The point is not for everyone to always agree, but for matters of identity and theology to be discussed. For matters affecting Messianic Jews to be wrested with. For people from differing perspectives to have a place where ideas can be engaged in a non-threatening atmosphere. For an example of just how different opinions can be on a given topic, compare my paper on the role of Torah and tradition to that of Baruch Maoz, from Israel. Two entirely different perspectives.

The first Borough Park Symposium, held in 2007, was one of the first venues to actually bring such a diverse group of people together. And at that first forum, there were tense moments over some of those many differences. But things vastly improved for the second forum, held in 2010, and even greater strides were made this last week at the third forum. Although there are times I still feel we are speaking past each other, or are assuming where the other person is coming from, overall I feel that at this third forum people really tried to listen to one other, and try to understand the other perspective.

The topic of this third forum was “How Jewish Should the Messianic Jewish Community Be?” At first, I must admit, I thought this was kind of an oxymoronic topic – like asking, “how Catholic should the Pope be.” But it actually proved to be very fruitful as a beginning point of discussion.

Session One – The Role of Torah and Jewish Tradition in the Messianic Jewish Community?

Session Two – What is Our Relationship with the Wider Jewish Community?

Session Three – What is the Role of Gentiles in the Messianic Jewish Community?

Session Four – How Jewish Will the Messianic Jewish Community of the Future Be?

Each session had three presenters with ample time for group interaction and discussion for each topic.

The papers are available on the Borough Park Symposium website, as well as further information about the forum.

May venues like this continue to create unity within our movement and help us continue to build a mature Messianic Jewish community for the future (should Messiah tarry).

I'm a Rabbi, writer, thinker, mountain biker, father and husband ... not necessarily in that order. According to my wife, however, I'm just a big nerd. I have degrees in dead languages and ancient stuff. I have studied in various Jewish institutions, including an Orthodox yeshiva in Europe. I get in trouble for making friends with perfect strangers, and for standing on chairs to sing during Shabbos dinner. In addition to being the Senior Rabbi of Simchat Yisrael Messianic Synagogue in West Haven, CT, I write regularly for several publications and speak widely in congregations and conferences. My wife is a Southern-fried Jewish Beltway bandit and a smokin' hot human rights attorney... and please don’t take offense if I dump Tabasco sauce on your cooking.
View all posts by Rabbi Joshua →
This entry was posted in Uncategorized and tagged Borough Park Symposium, Messianic Judaism, Theology. Bookmark the permalink.