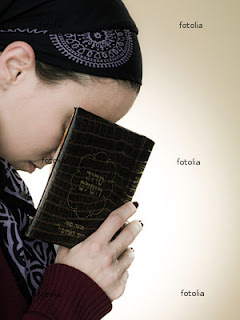 A few days ago, in the first post, we discussed our re-engagement with Jewish prayer, describing how we are not just reciting meaningless words, or remembering something that happened in the past. Rather, Jewish prayer is a re-enactment of sacred events. It is participation in a Sacred drama. Therefore, we encouraged thinking about the Siddur as a script. Through reenacting these events, we live out the story of the Jewish people, our Covenant with HaShem, and participate with the angels in heavenly worship. The Siddur, in so many ways, reminds us of who we really are and what G-d expects from us.

In the second post, we looked at the baggage we often bring to Jewish prayer which can inhibit our ability to get the most out of it. This week we’ll explore how to find deeper spirituality in Jewish prayer, and some practical suggestions for finding a proper prayer book that’s right for you.

Most people do not realize that one should shop for a Siddur the same way one should shop for a Bible. With so many different versions and styles, it is important to not settle on the first one you find, or to necessarily settle on the one your local community uses. Rather, for your own private devotions it is important to find a Siddur that speaks most to you. After all, it is called a “prayer book” for a reason. If your Siddur does not move you spiritually, and inspire you to new levels of prayer, there is a problem.

It is also a good idea to have two or three different versions. Just as one should study the Bible from different versions, so should one recognize that same richness in variety when it comes to the Siddur. Not all prayer books are created equal. What speaks to you may not speak to someone else. And what moves you at one moment may not at another. So mix it up to keep up the spontaneity and freshness.

So many people pray only from one type of Siddur. Either because they are caught up in a mindset that says, “this is the most authentic prayer book,” or because they are simply not aware of the numerous versions of prayer books. It is important to remember there is no one way to be Jewish. Jewish life is actually broader then we often consider. As such, there are also prayer books that reflect these variations.

In my first post on Jewish prayer I mentioned my preference to daven from Sim Shalom, the Conservative prayer book because of its traditional approach, yet consideration of matters of social justice and egalitarianism. At other times I prefer Artscroll’s complete Hebrew version. And yet, there are also times when I might flip open the new Reform prayer book, Mishkan T’filah, for its rich spiritual and inspiring commentary, or the new Koren Siddur, with its rich progressive Orthodox commentary by Chief Rabbi Lord Jonathan Sacks.

When it comes to the Siddur … think bigger! And think out of the box. In an effort to get people to think beyond Artscroll (which is also a great Siddur), there are a number of other Siddurim also worth considering.

Baby Steps: Incorporate Jewish prayer into your life a little at a time.

If you are a congregational leader:

–To Pray as a Jew – by Rabbi Hayim Halevy Donnin

–The Book of Blessings – by Marcia Falk

*There are also a number of websites which offer liturgical help.

As we approach the High Holidays, let’s delve deeper and reach higher. Through Jewish prayer we have an opportunity to encounter G-d as our people have done for thousands of years.

“L’Shanah Tova Tikateivu – May you be inscribed for a sweet New Year!”

I'm a Rabbi, writer, thinker, mountain biker, father and husband ... not necessarily in that order. According to my wife, however, I'm just a big nerd. I have degrees in dead languages and ancient stuff. I have studied in various Jewish institutions, including an Orthodox yeshiva in Europe. I get in trouble for making friends with perfect strangers, and for standing on chairs to sing during Shabbos dinner. In addition to being the Senior Rabbi of Simchat Yisrael Messianic Synagogue in West Haven, CT, I write regularly for several publications and speak widely in congregations and conferences. My wife is a Southern-fried Jewish Beltway bandit and a smokin' hot human rights attorney... and please don’t take offense if I dump Tabasco sauce on your cooking.
View all posts by Rabbi Joshua →
This entry was posted in Uncategorized and tagged Jewish life, practical suggestions, Prayer, Spirituality. Bookmark the permalink.