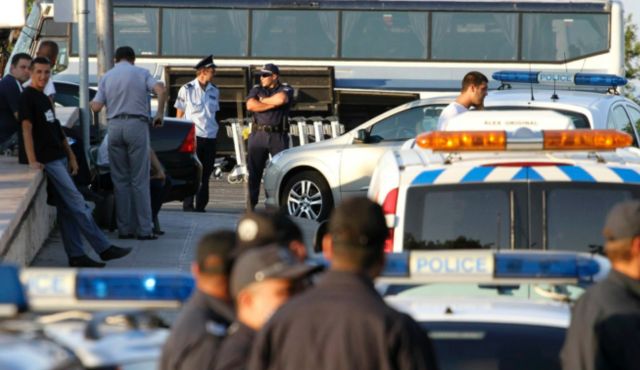 Earlier today a female terrorist blew herself and two buses apart at a Bulgarian airport killing 7 Israeli tourists and wounding many others. For more on this breaking story vist HERE or HERE.

Officials from around the world have condemned the attacks, but so far no one has claimed credit for them. According to a speech by Israeli Prime Minister Benjamin Netanyahu, it is believed Iran is connected to the attack although this has not yet been confirmed.

Our thoughts and prayers are with the victims and families of today’s terror attack in Bulgaria.

Update, 7/19/12 – More recent reports conclude that the terrorist was not a female, but a long-haired Caucasian male traveling with forged U.S. identification.

Update, 7/19/12 – Today the names of the five Israelis killed (plus the bus driver and the terrorist – 7 total killed) have been released. The HaAretz article can be viewed HERE.

I'm a Rabbi, writer, thinker, mountain biker, father and husband ... not necessarily in that order. According to my wife, however, I'm just a big nerd. I have degrees in dead languages and ancient stuff. I have studied in various Jewish institutions, including an Orthodox yeshiva in Europe. I get in trouble for making friends with perfect strangers, and for standing on chairs to sing during Shabbos dinner. In addition to being the Senior Rabbi of Simchat Yisrael Messianic Synagogue in West Haven, CT, I write regularly for several publications and speak widely in congregations and conferences. My wife is a Southern-fried Jewish Beltway bandit and a smokin' hot human rights attorney... and please don’t take offense if I dump Tabasco sauce on your cooking.
View all posts by Rabbi Joshua →
This entry was posted in Uncategorized and tagged israel, Jews in the News, news, Terrorism. Bookmark the permalink.