My friend and colleague, Rabbi Dr. Stuart Dauermann, has written two important blog posts recently challenging our thinking in regard to outreach. The first post on the issue I feel is the most poignant.

“Mission to the Jews as I have known it destroys or disrupts Jewish communal cohesion and covenantal fidelity …  we Jews who believe in Yeshua should see ourselves as prophets to our people, not missionaries.”

This is extremely important. Dr. Dauermann’s central thesis is that:

“Missionaries  are emissaries sent by one community to another to spiritually enlighten members of that other community.  In contrast,  prophets arise within a community calling that community to a deeper fidelity to its historical and/or covenental legacy, responsibility, destiny, and experience with the Divine.”

You can read the whole article HERE.

I presented a paper in New York at a young scholars conference in 2006 which was then published in a following issue of Kesher titled, “Messianic Jewish Outreach: Reaching Out or Reaching In?” In the article I proposed that if we as a Messianic Jewish community, focused on Yeshua, are to be an effective witness to our larger Jewish community and the Nations, than we must effectively embrace and find value in our covenant identity as Jews.  We must be an integral part of our larger Jewish community.  We must dispel notions of supremacy and “Otherness,” and create an environment of enfranchisement and mutual blessing.

This is an idea of “Inreach” rather than “Outreach.” I originally got this idea from my own rabbi and mentor, Murray Silberling, who rightly notes this distinction, and points out the dichotomy in the language we employ: 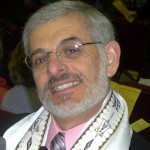 “Even the term ‘OUTreach’ implies that those being reached are OUTside.  The result is that we are imposing an alien cultural mode onto our Jewish people. We are not just asking for faith conformity, but cultural conformity.  No matter how much we contextualize the message, the ‘leap of faith’ we ask for demands giving up being the ‘other’ to become one of ‘us.’ Instead of ‘outreach,’ why can’t we connect with our Jewish community and try ‘inreach’?  What do I mean by this?  If we truly act and think like we are a Judaism, there will be no significant cultural change for our people.  Our Jewish life-cycles, lifestyles, and culture will result in our Jewish people ‘reaching-in.’  This is a new model – a model that allows for a seamless transition in a community context.”

As Dr. Dauermann challenges us: “What would Messianic Jewish outreach to our people [look] like if we functioned as in-culture prophets rather than as post-Jewish or out-culture missionaries?  How might this change our world?”

I'm a Rabbi, writer, thinker, mountain biker, father and husband ... not necessarily in that order. According to my wife, however, I'm just a big nerd. I have degrees in dead languages and ancient stuff. I have studied in various Jewish institutions, including an Orthodox yeshiva in Europe. I get in trouble for making friends with perfect strangers, and for standing on chairs to sing during Shabbos dinner. In addition to being the Senior Rabbi of Simchat Yisrael Messianic Synagogue in West Haven, CT, I write regularly for several publications and speak widely in congregations and conferences. My wife is a Southern-fried Jewish Beltway bandit and a smokin' hot human rights attorney... and please don’t take offense if I dump Tabasco sauce on your cooking.
View all posts by Rabbi Joshua →
This entry was posted in Uncategorized and tagged Jewish Missions, Messianic Jews, Outreach. Bookmark the permalink.

16 Responses to Outreach vs. Inreach