The Altar of Souls 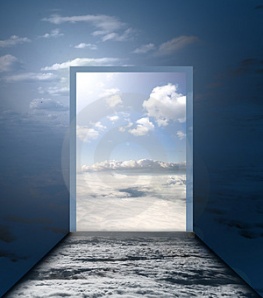 As the fifth of the Seven Seals is broken in the book of Revelation, we are given what at first seems an odd description.  Under the altar, the souls of the martyrs cry out to HaShem for their blood to be avenged.  We know that those who have been martyred for the sake of Kiddush HaShem – for the sake of their faith – have a special place in heaven. But where else can this be found?

Similar descriptions of the heavenly altar and throne are found within rabbinic texts:

Furthermore, the Talmud states that Rabbi Abba Arikha, known as Rav, taught that the archangel Michael offers a sacrifice on the heavenly altar in the heavenly temple (b. Menachot 110a).  The Tosafot (medieval commentators on the Talmud) specifically comment that this sacrifice consists of the souls of the righteous.

The book of Revelation and rabbinic literature both describe the area below the heavenly altar as being reserved for the most righteous of souls.  These faithful martyrs are included alongside such great figures as Moses, and we can presume the other patriarchs and matriarchs as well.

Therefore, let us recall HaShem’s constant faithfulness to respond to our cries.  And let us celebrate the fact that we have not only been preserved until this very day, but that a greater redemption is still at hand.  May our voices be enmeshed with the cries of the martyrs and the righteous to hasten the return of our Messiah and usher in a day that will be an eternal celebration.

I'm a Rabbi, writer, thinker, mountain biker, father and husband ... not necessarily in that order. According to my wife, however, I'm just a big nerd. I have degrees in dead languages and ancient stuff. I have studied in various Jewish institutions, including an Orthodox yeshiva in Europe. I get in trouble for making friends with perfect strangers, and for standing on chairs to sing during Shabbos dinner. In addition to being the Senior Rabbi of Simchat Yisrael Messianic Synagogue in West Haven, CT, I write regularly for several publications and speak widely in congregations and conferences. My wife is a Southern-fried Jewish Beltway bandit and a smokin' hot human rights attorney... and please don’t take offense if I dump Tabasco sauce on your cooking.
View all posts by Rabbi Joshua →
This entry was posted in Uncategorized and tagged mysticism, New Testament. Bookmark the permalink.

5 Responses to The Altar of Souls