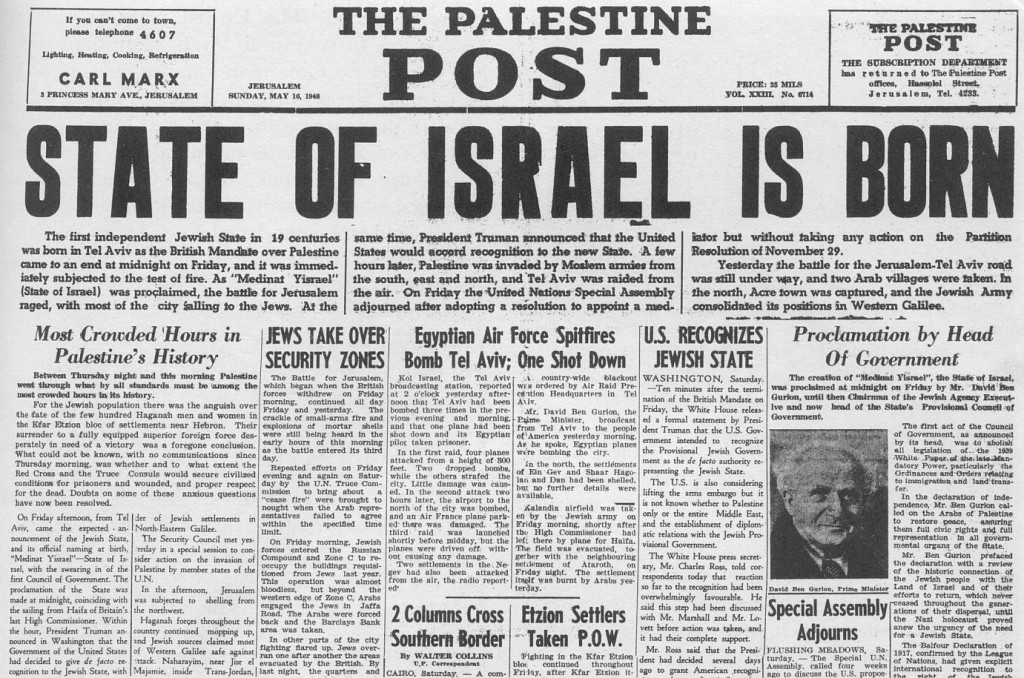 I'm a Rabbi, writer, thinker, mountain biker, father and husband ... not necessarily in that order. According to my wife, however, I'm just a big nerd. I have degrees in dead languages and ancient stuff. I have studied in various Jewish institutions, including an Orthodox yeshiva in Europe. I get in trouble for making friends with perfect strangers, and for standing on chairs to sing during Shabbos dinner. In addition to being the Senior Rabbi of Simchat Yisrael Messianic Synagogue in West Haven, CT, I write regularly for several publications and speak widely in congregations and conferences. My wife is a Southern-fried Jewish Beltway bandit and a smokin' hot human rights attorney... and please don’t take offense if I dump Tabasco sauce on your cooking.
View all posts by Rabbi Joshua →
This entry was posted in Uncategorized and tagged israel, Israel Independence Day, Jewish life, Jewish Observance, New Testament, Talmud, Yom HaAtzmaut. Bookmark the permalink.