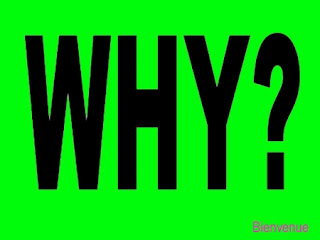 “I’m 17 now, and as lazy as it sounds, I’m indifferent to being Jewish. My mom doesn’t like the idea very much … But what makes me a Jew? We don’t go to temple, we don’t celebrate Shabbat, and we barely talk about Judaism … On top of [it], my family provides me with lots of reminders about how hard it is to be Jewish …

As a teenager I’m deciding who I want to be, but when I think about Judaism, it doesn’t even make the list. Nor do I feel guilty about it. How un-Jewish is that?”

We now live in a world where Jewishness is no longer a given.

“Why is being Jewish important?” many young Jews ask. “Because it just is!” their parents answer. The failure of this message to satisfy deeply rooted human longings for purpose and vision is in evidence in the pews of nearly every standard issue suburban synagogue – a handful of mostly retirees and Boomers, with their children in attendance only for obligatory occasions or B’nai Mitzvah preparation.

The New American Jew is a category that encompasses three primary generations – young Baby Boomers, Gen X’ers, and Millennials (Gen Y). According to Rabbi Sidney Schwarz,[1] the New American Jew is identified by three unique identity markers: They were born after the Holocaust and the birth of the State of Israel; they were raised without significant experiences in anti-Semitism, and raised in relative affluence and prosperity. The result is that the New American Jew is less inclined to build his or her identity around Israel or the Holocaust, and the rallying cry ‘Save the Jews!’ is less likely to resonate with them. Above all, remaining Jewish is no longer a given. Being Jewish is a choice.

Rabbi Lawrence Hoffman, in his book, ReThinking Synagogues, recalls a particular experience from a weekend retreat that may be helpful to this discussion:

“A couple at the back of the room stood out. As the only people under forty, they had sat quietly for all of Shabbat, somewhat ignored by the others … Hesitantly, one of them raised a hand … ‘We came here not knowing what we would find … but it seems to me that none of the questions asked so far has any relevance. The only question that counts for us is ‘Why be Jewish?’ That is what we came to find out.’

After a momentary hush, the room erupted in one denunciation after another – all quietly delivered, as if the crowd of older attendees were disciplining children. How could these young Jews be so callous …? The reason for being Jewish is self-evident, isn’t it? How dare they even question that, [especially] after what happened in Europe?”[2]

For far too long the question of “Why be Jewish?” has remained largely unanswered and primarily dismissed within both the wider Jewish community and the Messianic Jewish Movement. However, if we are to have any sort of impact on a new (and ongoing) generation of Jews, we must recognize this as a legitimate question.

We often spend too much time trying to come up with answers to questions most Jews are not really asking. Our ability to reach our people depends solely on our ability to relate and engage them spiritually. In reality, the particular question of why be Jewish happens to be far more pressing for most American Jews than their questions about Yeshua. We do not have to see this as a threat, however, but rather a challenge.

A great number of our people are currently moving toward a spirituality that can answer their deep-felt spiritual needs. It is really no secret. What we Jews are seeking today is the same thing Jews have always sought – to simultaneously connect with G-d and to find our place within thirty centuries of Jewish history.

Because Jewishness is no longer a given, and viewed as a choice, the New American Jew is seeking a spirituality that is compelling. If we want to engage new generations we’ll need to think out of the box, considering multiple “entry points” into community life and into faith. Our people are looking for something to believe in. Although many may not recognize it as such, they are looking for faith. But, they are seeking a faith that can engage them spiritually, intellectually, socially, and Jewishly. Our ability to reach our people, and ultimately communicate the message of Yeshua depends largely on our ability to communicate from within our community, and through a vibrant Jewish Spirituality, infused and renewed by our Divine Messiah.

*Adapted from a paper I presented at the second Borough Park Symposium in April 2010.

I'm a Rabbi, writer, thinker, mountain biker, father and husband ... not necessarily in that order. According to my wife, however, I'm just a big nerd. I have degrees in dead languages and ancient stuff. I have studied in various Jewish institutions, including an Orthodox yeshiva in Europe. I get in trouble for making friends with perfect strangers, and for standing on chairs to sing during Shabbos dinner. In addition to being the Senior Rabbi of Simchat Yisrael Messianic Synagogue in West Haven, CT, I write regularly for several publications and speak widely in congregations and conferences. My wife is a Southern-fried Jewish Beltway bandit and a smokin' hot human rights attorney... and please don’t take offense if I dump Tabasco sauce on your cooking.
View all posts by Rabbi Joshua →
This entry was posted in Uncategorized and tagged community, Jewish life, nexgen, Spirituality. Bookmark the permalink.

2 Responses to Why Be Jewish?