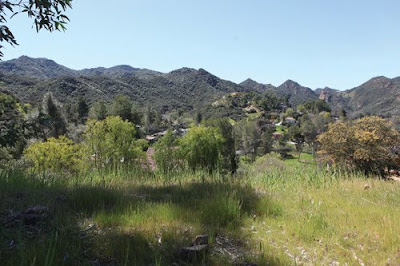 Last night was the conclusion of the 13th annual Hashivenu theological forum, held in beautiful Agoura Hills, CA, outside of Los Angeles. The forum brings together scholars, leaders, and thinkers from around the world to discuss issues pertaining to Messianic Judaism. The theme this year was Community – a very practical topic for the future of our Movement.

The forum began Sunday afternoon with a journey paper presented by Rabbi Dr. Stuart Dauermann. It was followed by two excellent book reviews as an introduction to the topic of the forum.

The first review was presented by our good friend, Benjamin Ehrenfeld on the book, Empowered Judaism by Rabbi Elie Kaunfer. The book explores the recent phenomenon of independent minyanim, and what we can learn from them about building vibrant spiritual communities. Benjamin did a great job in not only describing the book, but its application within a Messianic Jewish context.

The second book review was presented by another friend and colleague, Rabbi Derek Leman (also read Derek’s blog posts on the forum). He reviewed the book Counseling and Community by Rod J.K. Wilson which explores community and its relationship to counseling. Derek also reviewed the book on his blog linked above.

One of the highlights of each Hashivenu forum is our praying together. It is always powerful to pray together in a room full of other Jewish believers committed to Jewish life renewed in Yeshua.

The final event of the evening was a screening of the movie Avalon, which depicts the life of an immigrant Jewish family in Baltimore beginning at the turn of the century, and their assimilation into American society over a couple generations. The movie was followed-up with a group conversation facilitated by Dr. Ellen Goldsmith on its relevance to the the topic of community.

Monday began with a great Shacharit and Torah service. Then a journey paper was presented by another friend, Jon C., from Southern California. The most heimish part of his paper was a story he shared about a comment his young son recently made while watching him lay tefillin. After Jon explained what they were and why he was doing it, his son asked, “daddy, where’s my tefillin?” This cute story emphasized the importance of Jewish continuity and demonstrating a Jewish lifestyle to our children.

The first major paper was presented by Dr. H. Bruce Stokes, titled, “Establishing A Relational Community: A Theology of Community for Messianic Jews and Judeo-Christians.” Dr. Stokes, a behavioral anthropologist and theologian, explored kinship systems similar to our own communities and discussed in greater detail the concept of community from an anthropological perspective. This was followed by his recommendations for building community, and he used his own congregation as an example.

The first response paper to Dr. Stokes was from Dr. Annie Priest, a historian from England. She presented a response that delved into the Haskalah and specific Jewish thinkers (particularly Franz Rosensweig).

The second response paper was presented by none other than my wonderful wife, Monique. She gave a well-thought out response and addressed a couple concerns she had with specific proposals within Dr. Stokes’ paper from the perspective of a young Jewish woman, and as a human rights attorney.

Dr. Stokes gave a rejoinder which was followed-up by a period of discussion. We then davened Mincha together the end the afternoon session.

Monday evening included a very special meal together which was first introduced last year – a communal HaZikkaron meal. Developed by Dr. Mark Kinzer’s congregation, HaZikkaron is constructed around the partaking of “communion.” The liturgy and meal is specifically meant to give an additional emphasis on this meaningful ceremony. It was led by Rabbi Paul Saal who additionally introduced thoughts and quotes to meditate upon over dinner. Following the meal and the partaking of the wine, we were asked to go around the room and say something we were grateful for. Although this seemed like it could be really hokey, it was actually a very wonderful time of giving credit to some great leaders and colleagues, including the honoring of Dr. David Stern, and his wife Martha. I enjoyed the HaZikkaron meal and really like the basic idea of this communal and reflective meal, and would like to someday adapt a similar meal within our own. In fact, I would like to introduce something similar within my own community in the future.

After davening Shacharit together Tuesday morning, the session was kicked-off with a journey paper by David N. from Boston. Then the second major paper was presented by Rabbi Dr. Mark Kinzer, whose paper was titled, “Messianic Jewish Community: Standing and Serving as a Priestly Remnant.”

Dr. Kinzer is always thought provoking and articulate. His primary thrust was that from his perspective we currently have our roles reversed. In his proposal, the Jewish remnant needs to primarily focus on its priestly role, rather prophetic role. For when we do so, the prophetic role will be a natural outflow. It is not neglecting one for the other, but proposing that our priestly role be the priority.

A rejoinder was given by Dr. Kinzer followed by significant interaction and discussion on the practical implications for building community. The forum ended with a concluding d’var Torah by Dr. David Rudolph, who brought together much of the conversation over the last three days.

Although I thoroughly enjoy every forum, I have especially enjoyed both this year’s forum as well as last year’s forum due to their very practical applications. In addition to the forum itself, one of the best aspects is always getting to see friends and colleagues I often only get to see once or twice a year. So we often schmooze into the early morning hours discussing very nerdy theological and Jewish topics … texts … or just whatever … and often over a good cigar, a glass of scotch, or a good beer. It is truly the encouragement of my dear friends and colleagues which inspires me to keep doing what I am doing, and reminds me why it is so important to continue building this thing we call “Messianic Judaism.”

I'm a Rabbi, writer, thinker, mountain biker, father and husband ... not necessarily in that order. According to my wife, however, I'm just a big nerd. I have degrees in dead languages and ancient stuff. I have studied in various Jewish institutions, including an Orthodox yeshiva in Europe. I get in trouble for making friends with perfect strangers, and for standing on chairs to sing during Shabbos dinner. In addition to being the Senior Rabbi of Simchat Yisrael Messianic Synagogue in West Haven, CT, I write regularly for several publications and speak widely in congregations and conferences. My wife is a Southern-fried Jewish Beltway bandit and a smokin' hot human rights attorney... and please don’t take offense if I dump Tabasco sauce on your cooking.
View all posts by Rabbi Joshua →
This entry was posted in Uncategorized and tagged Hashivenu. Bookmark the permalink.