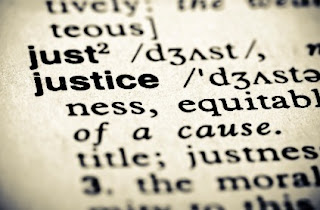 Yeshua is constantly concerned with people on the fringes of society. This is exemplified best within what is often called “The Beatitudes” (see Matthew 5:1-11). These are basically proclamations of hope to those who are oppressed. Think about the language employed. It is not about the rich, the lofty, or those who have it all figured out. It is the poor who inherit the Kingdom, those who mourn who receive comfort, and those who hunger and thirst for righteousness that are filled. Furthermore, Yeshua links social action directly with himself:

“For I was hungry, and you gave me food, I was thirsty and you gave me something to drink, I was a stranger and you made me your gust, I needed clothes and you provided them, I was sick and you too care of me, I was in prison and you visited me … Yes! I tell you that whenever you did these things for one of the least important of these brothers of mine, you did them for me!” (Matthew 25:35-40)

James, the brother of Yeshua, and the leader of the Messianic community in Jerusalem during the first century, states unequivocally: “The religious observance that G-d the Father considers pure and faultless is this: to care for the orphans and widows in their distress and to keep oneself from being contaminated by the world (James 1:27).”

In Jewish thought, faith and action must go hand-in-hand. As James further notes:

“What good is it, my brothers, if someone claims to have faith but has not actions to prove it? Is such ‘faith’ able to save him? Suppose a brother or sister is without clothes and daily food, and someone says, ‘Depart in peace, keep warm and fulfilled!’ without giving him what he needs, what good does it do? Thus, faith by itself, unaccompanied by actions, is dead.” (James 2:14-17)

As Followers of Messiah

We should be the specialists in reaching out to those on the margins, for we follow a Messiah who knows how to embrace and empower those on the fringes of society. Yeshua reached out to those who were hurting, lost, and oppressed. Yeshua got involved!!!

We are required to speak out against injustice everywhere – for example, raising awareness about the world’s largest war in Congo, about slavery, violence against women, the rights of immigrants and minorities, and intervening wherever we witness injustice.

As we embrace our own marginality as followers of Yeshua, we will in turn empower an entire generation located on the margins, searching for purpose and belonging. Furthermore, by speaking-out for those who are oppressed and bound, we also further our role as the Remnant within Israel, and as a Light to the Nations.

I'm a Rabbi, writer, thinker, mountain biker, father and husband ... not necessarily in that order. According to my wife, however, I'm just a big nerd. I have degrees in dead languages and ancient stuff. I have studied in various Jewish institutions, including an Orthodox yeshiva in Europe. I get in trouble for making friends with perfect strangers, and for standing on chairs to sing during Shabbos dinner. In addition to being the Senior Rabbi of Simchat Yisrael Messianic Synagogue in West Haven, CT, I write regularly for several publications and speak widely in congregations and conferences. My wife is a Southern-fried Jewish Beltway bandit and a smokin' hot human rights attorney... and please don’t take offense if I dump Tabasco sauce on your cooking.
View all posts by Rabbi Joshua →
This entry was posted in Uncategorized and tagged Chasdei Yeshua, human rights, New Testament, social justice, Spirituality, tikkun olam. Bookmark the permalink.