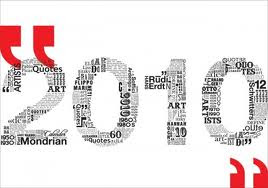 As the year 2010 draws to a close, we review the top posts of the year, the most controversial posts, and some other interesting stats: