I recently received in my inbox a preview of the Fall issue of Messiah Journal. Messiah Journal is a publication of First Fruits of Zion and focuses on figures, works, and topics related to Messianic Judaism. This forthcoming issue (Issue 105, Fall 2010) includes some very important articles and works:
Yeshua’s Spirituality and Ethics

One of the the first articles in this issue, Yeshua’s Spirituality and Ethics, by my friend and colleague Rabbi Derek Leman, is a thoughtful reflection on the characteristics of Yeshua as portrayed in the Gospel of Luke, and how they can inform our own spirituality and ethics.
Franz Delitzsch 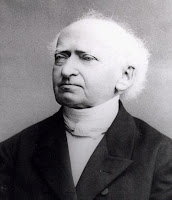 Another important article is a biography on the great 19th century “Christian Hebraist” Franz Delitzsch, by German scholars Sigfried Wagner and Arnulf Baumann. Professor Delitzsch was the founder of the Institutum Judaicum at the University of Leipzig in 1886, a graduate program devoted to what would now be called “Messianic Jewish studies” and to Jewish missions. Delitzsch is most widely known, however, for his tremendous Hebrew translation of the New Testament, which is still one of the most widely used versions today. He is also known in Christian circles for his collaboration on a monumental commentary on the entire Old Testament with Lutheran scholar J.F. K Keil. He was also known as a vocal opponent of anti-Semitism.
Delitzsch, who although was not Jewish, was one of the greatest scholars of Rabbinics and Semitics of his time. He had an incredible ability to picture and grasp Yeshua within Judaism and its texts. He was also a tremendously forward thinker for his time, and envisioned a sort of ‘Messianic Judaism’ before there ever was one. In an excellent quote from 1882, Delitzsch wrote:

“I have often thought that many would put better use to their recognition of Jesus as the Messiah by staying in the Synagogue until God himself releases the crypto-Christianity which is bound within the Synagogue and creates a Jewish-Christian Church.”

FFOZ is getting ready to release a new edition of Delitzsch’s Gospels in a Hebrew and English. The project is expected to be completed this Winter. I actually have the privilege of serving as one of the reviewers of the translation. This is sure to be an excellent contribution to the Messianic Jewish community.
Rabbi Isaac Lichtenstein 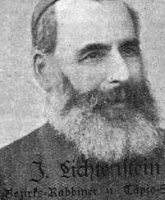 Another important figure prominent in the forthcoming issue of Messiah Journal is Rabbi Isaac (Ignatz) Lichtenstein. An excellent biographical essay by Jorge Quinonez describes the life and work of Rav Lichtenstein, who served for many years as the Chief rabbi of the Northern District of Hungary. Lichtenstein became a believer in Yeshua late in his life and despite his respected position he was greatly persecuted. After being removed from his position and while suffering greatly on account of Yeshua, he began to travel and write prolifically. Much of his work, however, has remained widely unknown to most Messianic Jews today because he primarily wrote in German.
However, for the first time in English, Messiah Journal is also releasing Rabbi Lichtenstein’s The Talmud on Trial, which was first published in 1886. This important work counters anti-Rabbinic arguments within Christianity, and remains relevant in countering anti-Rabbinic sentiment within segments of Christianity (and segments of the Messianic movement) today. Rabbi Lichtenstein is definitely one of Messianic Judaism’s great pioneers, and FFOZ’s recent republication of this article will help pave the way for an increased interest in Rav Lichtenstein and his work.
The Second Coming and the Days of Messiah – A Chassidic Approach
Another excellent article is from one of my best friends, *Yisrael Levitt (not his real name). The article attempts to identify the source of standard Jewish objection to faith in Yeshua’s messiahship and cross-examine the objection, using material only from Jewish sources. In the end the author attempts to prove that faith in Yeshua as the one promised Mashiach is warranted, despite the fact that we still await the advent of the era of universal peace and restoration. This is an excellent article worth reading.
This issue of Messiah Journal also contains other great articles, including an important article by Toby Janicki that examines the context and use of “one law” in the Torah and considers what it means in context.
I highly recommend getting a copy of the newest issue of Messiah Journal, or better yet, get a subscription. You will not be sorry. Each issue contains thought provoking essays, topics, and scholarship relevant to building a mature Messianic Judaism today.

I'm a Rabbi, writer, thinker, mountain biker, father and husband ... not necessarily in that order. According to my wife, however, I'm just a big nerd. I have degrees in dead languages and ancient stuff. I have studied in various Jewish institutions, including an Orthodox yeshiva in Europe. I get in trouble for making friends with perfect strangers, and for standing on chairs to sing during Shabbos dinner. In addition to being the Senior Rabbi of Simchat Yisrael Messianic Synagogue in West Haven, CT, I write regularly for several publications and speak widely in congregations and conferences. My wife is a Southern-fried Jewish Beltway bandit and a smokin' hot human rights attorney... and please don’t take offense if I dump Tabasco sauce on your cooking.
View all posts by Rabbi Joshua →
This entry was posted in Uncategorized and tagged FFOZ, Messianic Judaism, pre-war Messianic Judaism. Bookmark the permalink.