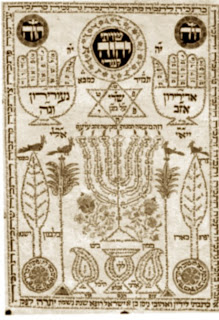 The Messiah is the fullness of the G-d of Israel manifested in a physical form. This concept is readily evident throughout the Biblical text and extra-biblical writings. In Hebrew, the word אחד echad helps to explain this oneness that exists between HaShem, the Messiah, and the Spirit as the word echad means one, but not always in the singular. Rather, it is better used to describe a “complex unity.”

There is a popular misconception that Judaism has never believed in a Divine Messiah. However, the concept of Messiah in Jewish thought was far more complex before the destruction of the Second Temple, in 70 C.E., than after. Dietmar Neufeld, of the University of British Columbia, confirms that, “a heavenly, transcendent Messiah was not a unique invention of the Christian community but the outgrowth of reflection that had its roots in Judaism.”

This perspective that, somehow, the messiah would be more than human, goes back to the last centuries B.C.E., and continued through the first centuries C.E. Already by this time, Biblical passages were attributed with messianic significance. We see messianic commentaries that include sections from Daniel, Zechariah, and others.

The Dead Sea Scrolls reflect this development. Certain texts describe an exalted figure that would suffer, even die, only to be resurrected. This particular messianic understanding has been brought to the forefront of scholarly debate with the recently published inscription known as “Gabriel’s Revelation.” This apocalyptic inscription, written on stone, dates to the late first century B.C.E., or the early first century C.E. Although some of the text is badly worn and difficult to read, Israel Knohl, of the Hebrew University in Jerusalem contends the text refers to a suffering Messiah who is to be resurrected within three days. This idea seems quite different from commonly held assumptions.

According to Knohl, “The new inscription, ‘Gabriel’s Revelation,’ suggests that this different kind of Messiah was evolving at the turn of the era – different from the Messiah son of David. Instead of a militant Messiah, it envisions a Messiah who suffered, died, and rose.”

There are a number of additional allusions and similarities to phrases and concepts in the New Testament. According to Hershel Shanks, of the Biblical Archaeology Society:

“By Jesus’ time…the concept of the mashiach had developed beyond that of an earthly messiah who would restore the glory of the kingdom of David. It also came to mean a divinely sent figure who would return as G-d’s agent and usher in the world to come. The Dead Sea Scrolls reflect this development…thus…the messiah was already freighted with eschatological content.”

Craig C. Broyles, of Trinity Western University, claims, “The messianism that is attested in the Dead Sea Scrolls did not arise in isolation from the Scriptures of Israel or from the larger context of Judaism in late antiquity.”

The soil for messianism and complex unity in relation to G-d were already firmly established within the Jewish world of the Second Temple period. The earliest Jewish followers of Yeshua were absolutely convinced that Yeshua was indeed a divinely incarnated Messiah, and their perspective was based on various Jewish understandings and interpretations of the time.

*This is an an excerpt of an article I wrote that recently appeared in Kesher Journal. You can read the entire article here.

I'm a Rabbi, writer, thinker, mountain biker, father and husband ... not necessarily in that order. According to my wife, however, I'm just a big nerd. I have degrees in dead languages and ancient stuff. I have studied in various Jewish institutions, including an Orthodox yeshiva in Europe. I get in trouble for making friends with perfect strangers, and for standing on chairs to sing during Shabbos dinner. In addition to being the Senior Rabbi of Simchat Yisrael Messianic Synagogue in West Haven, CT, I write regularly for several publications and speak widely in congregations and conferences. My wife is a Southern-fried Jewish Beltway bandit and a smokin' hot human rights attorney... and please don’t take offense if I dump Tabasco sauce on your cooking.
View all posts by Rabbi Joshua →
This entry was posted in Uncategorized and tagged Apologetics, Bible, Dead Sea Scrolls, Deity, mashiach, Messiah, Messianism, New Testament, Spirituality, What Your Rabbi Hasn't Told You, Yeshua. Bookmark the permalink.