Is Messianic Judaism in Crisis? 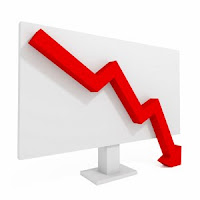 Today is Hoshana Rabbah – the culmination of Sukkot and preparation for the final days of Shemini Atzeretand Simchat Torah. However, I find myself troubled a bit, as my joy is not quite complete. I have been deeply troubled lately about the future of our movement, and the dire situation we currently find ourselves in.

Of course aspects of it will. But how much?

Much of the energy which has propelled our Movement forward is based on events in the past out of which the modern Messianic Jewish phenomenon was birthed. Although lip service has been given toward the future, until very recently, very little has actually been done to practically prepare for the future and set a vision for what will happen after the current pioneers are gone. Add to this the huge influx of non-Jews, the higher numbers of intermarriage among Messianic Jews, and the very small numbers of young people currently being raised-up into leadership – the numbers can no longer keep up.

Slowly a crisis is building that remains largely unrecognized outside a few small circles.

In April 2010, Dr. David Rudolph invited senior and associate leaders currently serving a UMJC congregation to participate in a demographic study. Here are some of the results of Dr. Rudolph’s findings:

Although this study was specifically of UMJC leaders, the results ring true across the movement. The MJAA, for example, has even fewer leaders under the age of 40.

Let me explain why this is so dire. Based on the above statistics, in the next 10 to 15 years almost every congregation will need a new leader. There are estimates that there are around 250-300 or so Messianic Jewish congregations in America today.

Of course with G-d all things are possible, but there is just absolutely no way we will have that many young leaders raised-up within the next 10 years! That is the reality.

We currently only have a handful of young leaders currently being raised-up to meet this need. Truly, the “harvest is ripe, but the workers are few.”

The age of the pioneers is over. Most of the current leadership had little if any previous experience in congregational leadership, or theological preparation, before planting their congregations. They simply found themselves responding to a need.

But times have changed. Now we have many strong and stable congregations. When the current leadership retires, you can no longer just stick someone in who is not ready. New leadership MUST be prepared. The bar has been raised. Let me give you an example:

There is a particular congregation in America currently looking for new leader. It is over 300 people, they have a beautiful historic building, with multiple staff members, and can afford to pay a great salary and benefits. But they are having trouble finding someone. You cannot just stick someone without experience and preparation into such a large and healthy congregation.

We need to raise-up and equip young leaders now for the tasks ahead.

So what are we to do?

First, we need to commit to truly being a Jewish movement for Yeshua within the greater Jewish community.

Second, we need to raise-up young leaders now! We need to identify and invest in young people with a calling to the Messianic Jewish rabbinate. If you have ever considered becoming a rabbi, do it. And if you would like to know exactly where to start, or what steps you can take, please let me know! I would be more than happy to help.

Third … Some very difficult decisions will need to be made in the future. The reality is that the need is greater than our ability. As such, a sort of triage will have to determine which congregations should be given highest priority. The priority will have to be given to vibrant congregations currently existing in cities with large Jewish populations.

This is already being discussed within the UMJC’s new K20 Program – which was created to meet the need of raising-up new leaders, and working with existing congregations.

Lastly, all of this requires funding. Help support the work of those that you believe have a vision for the future and are putting their money where their mouth is. Examples could include the UMJC’s K20 Program, MJTI, or the MJRC.

The harvest is ripe, but the workers are indeed very few. So I ask you … do you have a vision for the future? And if not now, when? By then, I hope it will not be too late.

I'm a Rabbi, writer, thinker, mountain biker, father and husband ... not necessarily in that order. According to my wife, however, I'm just a big nerd. I have degrees in dead languages and ancient stuff. I have studied in various Jewish institutions, including an Orthodox yeshiva in Europe. I get in trouble for making friends with perfect strangers, and for standing on chairs to sing during Shabbos dinner. In addition to being the Senior Rabbi of Simchat Yisrael Messianic Synagogue in West Haven, CT, I write regularly for several publications and speak widely in congregations and conferences. My wife is a Southern-fried Jewish Beltway bandit and a smokin' hot human rights attorney... and please don’t take offense if I dump Tabasco sauce on your cooking.
View all posts by Rabbi Joshua →
This entry was posted in Uncategorized and tagged community, Messianic Judaism, nexgen, UMJC. Bookmark the permalink.

48 Responses to Is Messianic Judaism in Crisis?