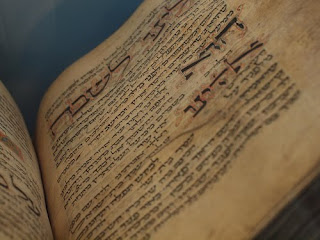 In response to our last post on Jewish prayer , Kari, a reader, observed that a large part of our movement carries tremendous baggage on the subject, and many people seem to recoil at the mention of the word “liturgy.” Here are her words:

I wanted to add one hurdle that I see someone very close to me struggling with when it comes to Jewish prayer. This is a man who was raised Jewish, but had very negative feelings toward Jewish worship, even before becoming a follower of Yeshua. I thought this might fit into the category of “nostalgia,” but more of a “negative nostalgia.” Liturgy may, for some Messianic Jews, bring back memories of a form of worship that made them feel empty. Though I agree that it can be greatly meaningful, sometimes there exists a deep resistance based on negative feelings liturgy can evoke in those whose Jewish experience growing up may not have been so positive.


I so get this. Just this weekend, my husband and I attended a standard-issue suburban Conservative synagogue for what was billed as a moving and spiritual Slichot service. I walked out brimming over with disappointment and anger. Keep in mind that I married a rabbi, and that I’m particularly nerdy about my love of being Jewish and doing Jewish. It really takes a lot to put me over the edge. And yet, I walked away with all the wind knocked out of my sails.


Here’s why: the cantor, who had a marvelous voice and excellent technique, clearly understood the service as an opportunity to put on a show. There was operatic solo after operatic solo, punctuated by the kind of introductions you’d expect at a symphony, but certainly not in a service that’s intended to prepare the people for pre-Holy Day repentance. The clincher was her introduction of a final song, concluded with these words: “I think it’s a nice way to listen to it.” Listen, I thought, You think I came here to listen to you??? G-d forbid I would come to synagogue seeking an opportunity to PRAY! I won’t go into detail, and I won’t name names, but it was suddenly clear to us why we were the youngest people in the room by at least thirty years.


So yes, I understand the baggage. But I’ve had enough positive experiences with moving Jewish prayer that I haven’t lost hope.

So … what’s the antidote?

As we’ve seen in our own travels to congregations around the country, these unfortunate hallmarks of our movement fail just as spectacularly at attracting Jewish spiritual seekers as does the Reform movement’s affinity for choir robes and operatic cantor solos.

Awkardly, these supposedly “spontaneous” forms of Messianic worship have developed into their own forms of predictable “liturgy.” Who hasn’t noticed the following pattern? It goes like this: two happy clappy songs, interrupted by the head singer’s “transitioning” prayer, followed by three weepy sleepy songs … at which point we’re all supposed to feel that our spiritual tanks have been filled and we’ve been sufficiently prepared for the “meat” of the service, which is the rabbi’s 45 minute thematic sermon. Twenty blogger points if your own community has tweaked the foregoing ever-so-slightly!

The antidote, we’ll humbly submit, is a total re-thinking of the purpose and practice of Jewish prayer. Followed by a humble reckoning with this question: “Why do Jews go to synagogue? What does the average Jew yearn for when she or he ventures into the pew?”

Here’s our answer: What the Jewish seeker is NOT looking for is a place to play Jewish dress-up, or an attempted reconstruction of “first-century Judaism” (which is both a silly and impossible task twenty centuries later). Neither are we looking for an opportunity to warm a pew while a professional Jew on stage puts on a show (see my Slichot story above). You wonder why non-Orthodox synagogues can’t fill their pews outside of the High Holidays? Because most operate under the assumption that Jews are looking for a pretty show, and reinforce this assumption with their High Holiday services.

We fervently believe that within every Jewish person – from the most disaffected to the most observant – exists a Jewish neshama, a Jewish soul. If you scratch past the surface, what you’ll find in every Jewish neshama is a deep longing to simultaneously connect with G-d and to find one’s place within thirty centuries of Jewish history. Every Jewish person is ultimately looking for those two things when he or she approaches a prayer service.

As we’ve said before, we don’t have a patent on the process. But it’s our hope that in implementing these suggestions, and perhaps a few more we have yet to identify, we’ll get one step closer to drawing in the congregants that our movement set out forty years ago to serve.

Chocoholic, jazz head ... prone to rants, and a professional pitbull. I married a terrific guy who happens to be a rabbi, so I guess that makes me a rebbetzin. Who saw that one coming? My grandparents survived the Shoah and spent their lives in the service of others. On my best days, I walk in their footsteps.
View all posts by Monique →
This entry was posted in Uncategorized and tagged High Holidays, Jewish life, practical suggestions, Prayer, rabbinics, Spirituality, Synagogue, tradition. Bookmark the permalink.

32 Responses to Liturgy: Dead or Living?