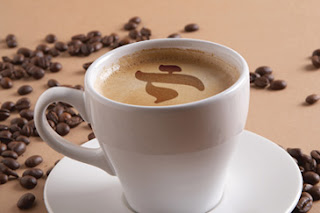 Americans love coffee. Or, at least we think we do. We like to think that we are coffee connoisseurs. Doppio this, macchiatto that … part of the reason that Starbucks has been so successful as a franchise is that it’s given us an excuse to roll these exotic European words off our tongues while ordering our morning cuppajoe.

But what most of us are drinking isn’t actually coffee. It’s mostly cream and sugar. Frothed, foamed, whipped, and sprinkled within an inch of itself.

You see, Americans don’t actually like coffee. Coffee is bitter. Acidic. It’s an acquired taste. What Americans really like is cream and sugar. And we like the concept of drinking coffee, even though we dislike the flavor. Starbucks has succeeded because it allows us to think we’re drinking coffee and show off the fact that we are drinking coffee … without actually requiring us to drink coffee.

This is the state of Messianic Judaism today. For the most part, we have built a very comfortable spiritual home for Jews and non-Jews who do a little bit here, mix in a little bit there, read a book or two … and soon declare that we are Jewish connoisseurs.

So if the coffee of our movement is Judaism, then what is the cream and sugar? I’ll let you fill in the blank.

Continuity can only exist when we continue to live a Jewish life with and among our people. I am very concerned that the popular watered-down form of faith we call Messianic Judaism today will not exist in another generation or two. This does not mean I am completely without hope for the future. With HaShem’s help, we will indeed continue to be a representative presence for Yeshua within greater Israel. But that can only happen when Jews continue to live as Jews. Let me make clear that “living as Jews” does not necessarily mean “Orthodox.” There are many ways to be Jewish. But Jewish life must be committed to the foundation blocks which have held us together for over 3,000 years.

Messianic Judaism is like coffee. We can either be true connoisseurs with a deep value and knowledge of our history and tradition, or we can continue to drape our faith with a Tallis and call it “Jewish.” It is my deepest conviction that the only Messianic form of faith that can survive into the future is one that truly is a Messianic form of Judaism.

I'm a Rabbi, writer, thinker, mountain biker, father and husband ... not necessarily in that order. According to my wife, however, I'm just a big nerd. I have degrees in dead languages and ancient stuff. I have studied in various Jewish institutions, including an Orthodox yeshiva in Europe. I get in trouble for making friends with perfect strangers, and for standing on chairs to sing during Shabbos dinner. In addition to being the Senior Rabbi of Simchat Yisrael Messianic Synagogue in West Haven, CT, I write regularly for several publications and speak widely in congregations and conferences. My wife is a Southern-fried Jewish Beltway bandit and a smokin' hot human rights attorney... and please don’t take offense if I dump Tabasco sauce on your cooking.
View all posts by Rabbi Joshua →
This entry was posted in Uncategorized and tagged community, Jewish Believers, Jewish History, Jewish life, Messianic Judaism. Bookmark the permalink.

21 Responses to Messianic Judaism and Coffee