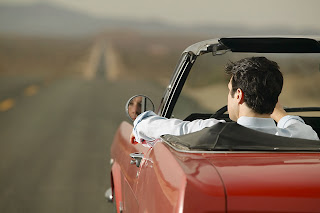 In a previous post titled Judaism in Crisis, we discussed the dramatic paradigm shift faced by the Jewish community, triggered both by economic collapse and a shift in leadership from the Baby Boomer generation to “millenials.”

We’ve noticed that discussions of the future of Judaism tend toward doom and gloom.

Rabbi Hayim Herring, Executive Director of STAR (Synagogues: Transformation and Renewal) recently posted on his blog a response to those who project a dark outlook on the Jewish future:

“As sociologists like to say, we have to distinguish between the probable, the possible and the preferable … But the future … is not inevitable. Our ability to create the kind of future we prefer is an issue of collective leadership and collaborative action.”

Herring relates that if Judaism is to move forward, we need to focus on particular goals:

This transition is centered in community. We need to create intentional communities that purposely pursue these goals. This requires that we wholly re-envision the communal structures we have grown comfortable with.

Our particular movement’s MO has been to rely almost exclusively on the synagogue as the primary organizer for Jewish communal life. Perhaps this is an assumption that we need to rethink. What would it look like to have Messianic communities that serve as extended families and spiritual homes for Jews who follow Yeshua? Places where people are valued and empowered, where Jewish learning and Jewish life are intentionally cultivated, and people of all ages actively participate in our rituals and traditions? What if our communities were inviting, user-friendly, and open to Jews with little to no previous knowledge of Jewish life?

Even the role of the congregational leader (as we usually understand it to be) needs to be revisited. Perhaps a rabbi should function simply as a spiritual guide, as rabbis functioned in ages past. Only in the last 150 years or so has the position of a rabbi morphed into the multiple hats of pastor, cantor, Torah reader, fundraiser, member of the board, professional Jew, etc. As Jewish literacy has declined, the rabbi’s role has evolved. Since the average Jew can no longer lead davening, the rabbi must now lead services. As fewer Jews could lein Torah (read from the Torah), the rabbi also had to read the Torah every week. Hopefully you get the picture.

The idea of going to synagogue to watch the rabbi do everything is actually not very Jewish, in an historic sense. In Orthodox synagogues to this day, any knowledgeable Jew can lead the davening, lein Torah, teach classes, and serve in various lay leadership capacities.

The empowerment of individuals within our shuls will go hand-in-hand with an increase in Jewish education. The more people are able to do, the more they’ll learn, and vice verse.

The times they are a changing. And we’ll need to change with them. The Judaism of the future must be a user-friendly, spiritual Judaism. Open and inclusive, and able to satisfy seekers’ deep thirst for spirituality in their daily lives.

We serve a Messiah who was able to take those on the margins and move them to action. May we live and lead as He did.

I'm a Rabbi, writer, thinker, mountain biker, father and husband ... not necessarily in that order. According to my wife, however, I'm just a big nerd. I have degrees in dead languages and ancient stuff. I have studied in various Jewish institutions, including an Orthodox yeshiva in Europe. I get in trouble for making friends with perfect strangers, and for standing on chairs to sing during Shabbos dinner. In addition to being the Senior Rabbi of Simchat Yisrael Messianic Synagogue in West Haven, CT, I write regularly for several publications and speak widely in congregations and conferences. My wife is a Southern-fried Jewish Beltway bandit and a smokin' hot human rights attorney... and please don’t take offense if I dump Tabasco sauce on your cooking.
View all posts by Rabbi Joshua →
This entry was posted in Uncategorized and tagged community, nexgen, practical suggestions, Spirituality. Bookmark the permalink.

8 Responses to Looking Ahead