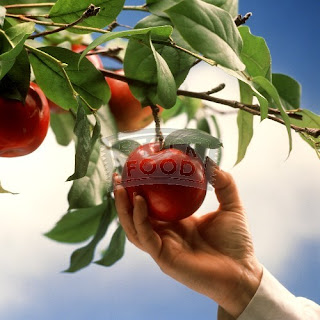 I am in LA this week for two MJTI Summer intensive classes, and we are spending our mornings studying Eicha Rabbah. As a part of our discussion this morning I ended up running across this fascinating commentary on Adam and Eve that I just had to share:

“The woman is not a temptress. She does not say a word but simply hands her husband the fruit, which he accepts and eats. The absence of any hint of resistance or even hesitation on his part is strange. It should be noted, however, that in speaking to the woman, the serpent consistently used the plural form. This suggests that the man was all the time within ear’s reach of the conversation and was equally seduced by its persuasiveness. In fact, the Hebrew text here literally means, ‘She also gave to her husband with her (‘immah),’ suggesting that he was a full participant in the sin, thereby refuting in advance his later excuse (JPS Torah Commentary, Breishit, pg. 25).”

I'm a Rabbi, writer, thinker, mountain biker, father and husband ... not necessarily in that order. According to my wife, however, I'm just a big nerd. I have degrees in dead languages and ancient stuff. I have studied in various Jewish institutions, including an Orthodox yeshiva in Europe. I get in trouble for making friends with perfect strangers, and for standing on chairs to sing during Shabbos dinner. In addition to being the Senior Rabbi of Simchat Yisrael Messianic Synagogue in West Haven, CT, I write regularly for several publications and speak widely in congregations and conferences. My wife is a Southern-fried Jewish Beltway bandit and a smokin' hot human rights attorney... and please don’t take offense if I dump Tabasco sauce on your cooking.
View all posts by Rabbi Joshua →
This entry was posted in Uncategorized and tagged Quote of the Day, torah, women. Bookmark the permalink.