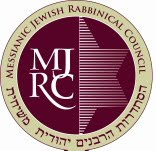 Earlier this week I had the privilege of attending the annual meetings for the Messianic Jewish Rabbinical Council (MJRC), held this year in Hartford, CT.

The MJRC consists of a group of ordained Rabbis and associates who endeavor to promote a life of covenant faithfulness to G-d among Jewish followers of Messiah Yeshua by providing realistic and practical guidelines for Messianic Jewish observance. Although this was my first year attending, I was honored to be voted-in as an Associate Member (next year I should be able to become a Full Member).

Our core mission is to define, clarify, and foster normative standards of faith and halachic practice for our membership and for those in the Messianic Jewish community who look to the MJRC for leadership.

The MJRC also exists to serve the professional and personal needs of our membership by ensuring high standards of professional competence, ethical behavior, and halachic conduct; and by facilitating the professional placement of members into the growing number of congregations seeking new leaders.

Why a Messianic Jewish Rabbinical Council?

There are some out there who feel we do not need such a council. So why bother?

We bother because Messianic Judaism is a growing movement in the world. As we slowly mature, we find ourselves facing a number of different needs and decisions. And like any other movement within Judaism, questions constantly arise in relation to Jewish practice, theology, and practical matters. As such, our growing Movement needs a Rabbinical Council to help develop standards for our wider community.

What we are NOT doing is telling people what to do. While the MJRC commends these standards for the consideration of the entire Messianic Jewish movement, it recognizes the limits of its own authority. The decisions of the MJRC are binding only on the members of the MJRC. Nevertheless, we hope that others in the Messianic Jewish world will benefit from the work being done.

And that is actually what is happening!

Many congregations now consult these standards as they develop their own practice, and many individuals from around the world seek the advice of the MJRC as they wrestle with their own personal observance. The MJRC website receives numerous hits a day, and the standards of observance currently posted on the website are only the beginning of continued work that is happening on matters of practice and halachah relevant to a Yeshua centered Jewish life.

The MJRC currently does not seek to necessarily establish “halachah” in its strictest sense, but rather proposes basic standards of observance. The currently established standards cover two different categories – a “basic practice” and an “expanded practice”

The second term is “expanded practice.” This refers to a more demanding level of observance, beyond basic practice, that includes a fuller expression of traditional forms of Jewish life. An expanded practice is one that is explicitly commended by the MJRC, but is not required of its Rabbis or those converted under their auspices. The practices so listed do not exhaust the range of worthy expressions of Torah observance that a Messianic Jew might adopt, but provide concrete examples of the shape such observance could take.

It is an honor to now be a part of the Messianic Jewish Rabbinical Council and serve with such a broad range of worthy colleagues as we seek to bring further maturity to the future of our Movement. With HaShem’s help, the inspiration of the Ruach, and clear commitment to our Messiah, we hope to continue to serve our Movement in this important way.

I'm a Rabbi, writer, thinker, mountain biker, father and husband ... not necessarily in that order. According to my wife, however, I'm just a big nerd. I have degrees in dead languages and ancient stuff. I have studied in various Jewish institutions, including an Orthodox yeshiva in Europe. I get in trouble for making friends with perfect strangers, and for standing on chairs to sing during Shabbos dinner. In addition to being the Senior Rabbi of Simchat Yisrael Messianic Synagogue in West Haven, CT, I write regularly for several publications and speak widely in congregations and conferences. My wife is a Southern-fried Jewish Beltway bandit and a smokin' hot human rights attorney... and please don’t take offense if I dump Tabasco sauce on your cooking.
View all posts by Rabbi Joshua →
This entry was posted in Uncategorized and tagged community, Halachah, MJRC. Bookmark the permalink.

9 Responses to A Rabbinical … What?