In an excellent article on Jewschool, Rabbi Danya Ruttenberg responds to the United Synagogue of Conservative Judaism’s recent stated desire to reach the “young adult” demographic. She weighs in with some excellent thoughts to be considered.
Definitely read the whole article, but here is a taste for our Quote of the Day … 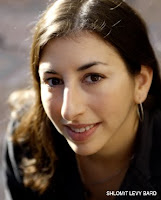 Thinking in terms of “getting the young people” has too often led to programs that have the potential to fail on at least one of two counts.

On the one hand, people can spot an attempt to “be hip” from a mile away; programs that aren’t organic, that don’t genuinely tap into the zeitgeist and people’s interests will be read as pandering and condescending and are likely to fall flat.

But more than that, even when people show up, the nature of many outreach programs leads me to wonder whether we aren’t operating under a misguided definition of “success.” If people go to an event featuring a Sports Illustrated swimsuit model from Israel and leave tipsy but untransformed Jewishly, is that a success? Will attending a kosher karaoke night make people more moral, kinder, more in touch with themselves, with the Divine, with a stronger sense of meaning to their lives? Will it quench their thirst for the living Torah — the Torah that speaks to their lives, their struggles, their romances and ethical questions, to their financial woes and existential fears?

I would posit that getting butts in chairs — even the butts of a highly desirable demographic — is not the point … as it happens, 20-somethings — like folks in other age groups — crave substance and depth … What most people want, I’ve learned, is the high-octane stuff: to come to a deeper understanding of Jewish spirituality; to talk about the nature of God and the purpose of religion; to find a Jewish connection to the big questions weighing on their hearts, and to create a community in which those questions can be explored together.

-Rabbi Danya Ruttenberg is senior Jewish educator at Tufts Hillel and the author of “Surprised by God: How I Learned to Stop Worrying and Love Religion” (Beacon Press, 2008).

I'm a Rabbi, writer, thinker, mountain biker, father and husband ... not necessarily in that order. According to my wife, however, I'm just a big nerd. I have degrees in dead languages and ancient stuff. I have studied in various Jewish institutions, including an Orthodox yeshiva in Europe. I get in trouble for making friends with perfect strangers, and for standing on chairs to sing during Shabbos dinner. In addition to being the Senior Rabbi of Simchat Yisrael Messianic Synagogue in West Haven, CT, I write regularly for several publications and speak widely in congregations and conferences. My wife is a Southern-fried Jewish Beltway bandit and a smokin' hot human rights attorney... and please don’t take offense if I dump Tabasco sauce on your cooking.
View all posts by Rabbi Joshua →
This entry was posted in Uncategorized and tagged nexgen, practical suggestions, Quote of the Day, Spirituality. Bookmark the permalink.

1 Response to Quote of the Day: Engaging Jewish Adults