A Generation on the Margins 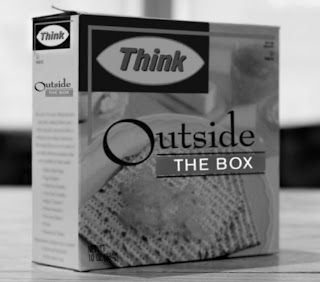 Recent studies have demonstrated that there is a great spiritual openness among young people. However, many among the next generation feel disenfranchised with organized religion and the established Jewish community. Those who desire to affiliate, and practice their spirituality within a communal context, are still often left feeling marginalized and out of place. There is a sense of not knowing exactly where we fit in.

Today’s young people are much more informed than any prior generation. We are also quite complex. A quick cross-examination reveals a broad spectrum of young Jews who do not fit nicely into any one category. There are observant, but progressive Jews. Jews who keep kosher – but do so with an eco-mindedness, buying only organic kosher free-range meats. There are secular atheists who belong to Jewish organizations because they deeply care about tikkun olam, social justice, and Jewish continuity. And there are also young Jews who feel connected to traditional Judaism, but find themselves challenged by their internal struggle over gender roles and expectations within the religious community.

There are no perfectly fit boxes for today’s diverse Jewish community. Young Jews are not cookie cutter images. And because young Jews, like myself, do not fit nicely into any specific category(ies), it often leaves us feeling marginalized to a degree in every circle we are a part of.

Beginning in 2003, the Higher Education Research Institute (HERI) at UCLA began a major, multi-year research project examining the spiritual development of undergraduate students on college and university campuses.[1] The study is designed to enhance understanding of how college students conceive of spirituality, the role it plays in their lives, and how colleges and universities can be more effective in facilitating students’ spiritual development.[2] The research determined that the majority of students on college campuses consider themselves “spiritual,” interested in spirituality, and open to non-critical and open-minded dialogue.[3]

Among Jewish students surveyed, the research supports what many of us have already understood about young non-affiliated and educated Jews. According to HERI’s website:

Young Jews today are skeptical of religion, and religious observance, but care deeply about social and community issues. They are looking to affiliate and partner with other Jews, just not necessarily always religiously. Young educated Jews are looking to belong and make a difference in the world around them. They are also looking for answers, but don’t want to be told what to do. Young people are in dire need of guides and mentors who can nurture them along the path of life. They desire communities in which they are both welcomed and needed. Young people also seek a context in which they are free enough to sometimes push the envelope a little.

Traditionally, Judaism and Halachah must wrestle with the challenges of each new generation. If Judaism is to be successful at providing meaning to the next generations of Jews we need to come back to the drawing board. Guided by tradition and Halachah, we need to develop new communities and models. We need to grapple with what it means to be Jewish. For the Jewish community today is not the Jewish Community of our parents or grandparents.

We need to reach out to fellow young Jews who are seeking to connect to G-d and Yiddishkeit, and recognize each of our own potentials to contribute a different voice to the continuing conversation on Jewish life. For when people are valued, they become open. We need to reach into one another, and create safe, spiritual, and creative congregations that truly address the needs of young people today. We must be a Messianic Judaism that is able to powerfully impart meaning into peoples’ lives and show young people the value of Jewish spirituality. We must become a Jewish renewal movement that is focused on Yeshua, and his ethos of a social gospel.

[1] Information about the ongoing study, research methodology, and findings can be viewed on the institute’s website at http://www.spirituality.ucla.edu/

I'm a Rabbi, writer, thinker, mountain biker, father and husband ... not necessarily in that order. According to my wife, however, I'm just a big nerd. I have degrees in dead languages and ancient stuff. I have studied in various Jewish institutions, including an Orthodox yeshiva in Europe. I get in trouble for making friends with perfect strangers, and for standing on chairs to sing during Shabbos dinner. In addition to being the Senior Rabbi of Simchat Yisrael Messianic Synagogue in West Haven, CT, I write regularly for several publications and speak widely in congregations and conferences. My wife is a Southern-fried Jewish Beltway bandit and a smokin' hot human rights attorney... and please don’t take offense if I dump Tabasco sauce on your cooking.
View all posts by Rabbi Joshua →
This entry was posted in Uncategorized and tagged community, Jewish life, nexgen, Spirituality. Bookmark the permalink.

4 Responses to A Generation on the Margins