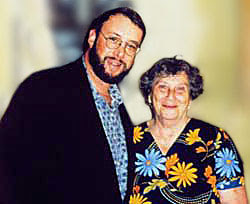 The reason we seem to be talking past one another is an inverse view of our values. Christian values focus on Beliefs, then Belonging, and finally Behavior. You first want to make sure you believe the same things and go down a checklist of beliefs, then you look at where a person belongs, i.e., what church they attend. Behavior is not heavily stressed, because it is not as important to you as Beliefs and Belonging. You don’t worry about behavior as much because you consider yourselves “forgiven.” In this idea, an axe murderer could go to heaven if he believes. For Jewish people, our values system is reversed. Behavior is what we look at first. We don’t talk that much about belief, because talk is cheap. How a person lives, expresses their values and treats other people is what matters most to us. Belonging is also important to us. Where we relate, and with whom we associate also matters to us. Belief matters as well, but we don’t throw our beliefs in everyone’s faces. They are deeply held convictions we share only when we know someone well. The problem in our communication is that you want to talk about your beliefs as soon as we meet, and we don’t know you well enough to have that kind of conversation. We want to see your behavior. We want to know what kind of person you are. What effect your beliefs have on your actions. If you are kind and ethical, we have something upon which to build a friendship. If you only want to share your beliefs and challenge ours, you are invading our privacy and showing disrespect for our beliefs. I don’t believe that is your intent, but it is the result of your actions. If you want our friendship, learn to communicate with us. Respect our values. We don’t talk so much about faith, but we express our faith in giving to charity, helping others, and acts of kindness. To us, that is doing Torah.

– Rabbi Dr. Michael Schiffman, in An Open Letter to My Christian Friends

Chocoholic, jazz head ... prone to rants, and a professional pitbull. I married a terrific guy who happens to be a rabbi, so I guess that makes me a rebbetzin. Who saw that one coming? My grandparents survived the Shoah and spent their lives in the service of others. On my best days, I walk in their footsteps.
View all posts by Monique →
This entry was posted in Uncategorized and tagged interfaith dialogue, Jewish Believers, Quote of the Day, social justice, tikkun olam. Bookmark the permalink.