Prayer is of Consequence 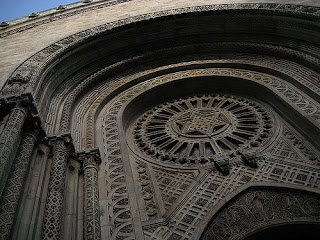 A study published in 2002 about Congregation B’nai Jeshurun (BJ) in New York City, yields that community’s response to these questions:

Abraham Joshua Heschel says it is a fact that in certain places prayer is of consequence. The leaders, the community, approach prayer as if it matters, not as a gimmick for Jewish continuity, not for social purposes, to bring kids within Yiddishkayt. Prayer as prayer matters. If prayer doesn’t matter, then why are we doing this? Why are we wasting our time if these words and these prayers don’t matter?
BJ’s rabbis believe [that prayer] must be first experienced emotionally and spiritually, rather than understood intellectually and analytically. Consequently, even though many members have only limited knowledge of Hebrew and many do not come from observant backgrounds, there is little instruction or step-by-step explanation of the liturgy at services. Increasing Jewish literacy is important, but it is a separate activity from prayer that is “of consequence.” “Learning,” Rabbi Marcelo Bronstein explains, “is understood with your mind. Prayer is understood with your soul.” Or, as Rabbi Roly Matalon put it, “Tefillah is not a class.” Their goal is for congregants to be so moved by the experience of prayer that they will be inspired to study and take advantage of the panoply of educational opportunities offered by the synagogue.
Instead of didactically instructing the congregation, the rabbis see themselves as “spiritual cables” who, through their own emotional involvement in prayer and their Kavanah (intention in prayer), model, inspire, and guide the prayer of the congregation. Rabbi Roly explained the importance of rabbis genuinely praying with their congregations by referring to a passage in Heschel’s Man’s Quest for God:
Such an atmosphere [of prayer] is not created by ceremonies, gimmicks or speeches, but by the example of prayer, by a person who prays. You create the atmosphere not around you but within you. I am a congregant and I know from personal experience how different the situation is when the rabbi is concerned with prayer instead of with how many people attend the service; the difference in a service in which the rabbi comes prepared to respond to thirty centuries of Jewish experience and one in which he comes to review the book of the month or the news of the day.
The rabbis own engagement in prayer is most obvious in the physical, at times ecstatic, worship that is part of most services. They are bodily and emotionally involved with the liturgy: the rabbis close their eyes often, they clap, they move to the music while pounding out the beat on the bimah with their fists, and at times they lift their arms in a Hasidic gesture of simultaneously raising the level of excitement and transporting the congregation to a higher level.

I'm a Rabbi, writer, thinker, mountain biker, father and husband ... not necessarily in that order. According to my wife, however, I'm just a big nerd. I have degrees in dead languages and ancient stuff. I have studied in various Jewish institutions, including an Orthodox yeshiva in Europe. I get in trouble for making friends with perfect strangers, and for standing on chairs to sing during Shabbos dinner. In addition to being the Senior Rabbi of Simchat Yisrael Messianic Synagogue in West Haven, CT, I write regularly for several publications and speak widely in congregations and conferences. My wife is a Southern-fried Jewish Beltway bandit and a smokin' hot human rights attorney... and please don’t take offense if I dump Tabasco sauce on your cooking.
View all posts by Rabbi Joshua →
This entry was posted in Uncategorized and tagged Heschel, nexgen, Prayer, Spirituality, Synagogue. Bookmark the permalink.