Quote of the day 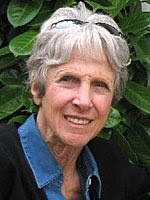 Until relatively recently, virtually all the interpreters of scripture were men. Over the long centuries of Jewish and Christian biblical study, perspectives on female figures have been provided by male theologians, sages, artists, writers, clergy, and scientists. Directly or indirectly, this male-dominated interpretive tradition has affected the way all of us, female and male, read the Bible. My experience in teaching and writing about biblical and Israelite women has made me realize that when it comes to passages dealing with women, the traditional interpretive materials are often biased. They sometimes ignore women; they sometimes misrepresent them. Although I remain neutral on the question of whether or not such male-dominated scholarship intentionally distorts or ignores many of the female figures of the Jewish and Christian canons, I am passionately about the need for more balanced scholarship on gender-related matters.[1]

I'm a Rabbi, writer, thinker, mountain biker, father and husband ... not necessarily in that order. According to my wife, however, I'm just a big nerd. I have degrees in dead languages and ancient stuff. I have studied in various Jewish institutions, including an Orthodox yeshiva in Europe. I get in trouble for making friends with perfect strangers, and for standing on chairs to sing during Shabbos dinner. In addition to being the Senior Rabbi of Simchat Yisrael Messianic Synagogue in West Haven, CT, I write regularly for several publications and speak widely in congregations and conferences. My wife is a Southern-fried Jewish Beltway bandit and a smokin' hot human rights attorney... and please don’t take offense if I dump Tabasco sauce on your cooking.
View all posts by Rabbi Joshua →
This entry was posted in Uncategorized and tagged Bible, Quote of the Day, women. Bookmark the permalink.