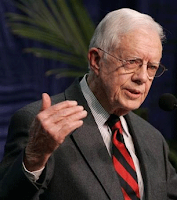 This view that women are somehow inferior to men is not restricted to one religion or belief. It is widespread. Women are prevented from playing a full and equal role in many faiths. Nor, tragically, does its influence stop at the walls of the church, mosque, synagogue or temple. This discrimination, unjustifiably attributed to a Higher Authority, has provided a reason or excuse for the deprivation of women’s equal rights across the world for centuries. The male interpretations of religious texts and the way they interact with, and reinforce, traditional practices justify some of the most pervasive, persistent, flagrant and damaging examples of human rights abuses. At their most repugnant, the belief that women must be subjugated to the wishes of men excuses slavery, violence, forced prostitution, genital mutilation and national laws that omit rape as a crime. But it also costs many millions of girls and women control over their own bodies and lives, and continues to deny them fair access to education, health, employment and influence within their own communities. The impact of these religious beliefs touches every aspect of our lives. They help explain why in many countries boys are educated before girls; why girls are told when and whom they must marry; and why many face enormous and unacceptable risks in pregnancy and childbirth because their basic health needs are not met.

Chocoholic, jazz head ... prone to rants, and a professional pitbull. I married a terrific guy who happens to be a rabbi, so I guess that makes me a rebbetzin. Who saw that one coming? My grandparents survived the Shoah and spent their lives in the service of others. On my best days, I walk in their footsteps.
View all posts by Monique →
This entry was posted in Uncategorized and tagged human rights, Quote of the Day, women. Bookmark the permalink.

5 Responses to Quote of the Day