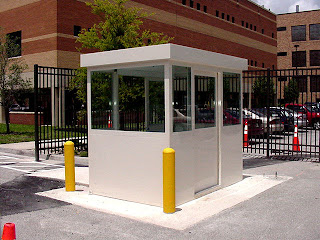 An article in the Jerusalem Post today reports that Israel’s Supreme Court has harshly criticized Jerusalem District Court Judge Moshe Drori for his acquittal of a yeshiva bochur who intentionally ran over an Ethiopian-Israeli parking attendant.
In January 2006, Noga Zoarish was working as a cashier in a parking lot in Jerusalem. The haredi driver, who aspires to become a rabbinical judge attempted to leave the parking lot without paying. Zoarish blocked the car’s exit with her body. But the driver proceeded, intentionally hitting the woman and lifting her onto the hood of the car and carrying her 15 meters before knocking her to the ground. Zoarish lost consciousness from the impact and sustained head injuries.

The driver attempted to deny the incident until he was confronted with video from a security camera installed at the scene of the hit and run. Additionally, the driver was driving with a revoked license and had a previous conviction for theft.

What makes this incident even more frustrating is the cover-up within the haredi world. The yeshiva bochur brought to the court recommendations from Chief Sephardi Rabbi Shlomo Amar and Shas spiritual mentor Rabbi Ovadia Yosef, asking Drori to be lenient, claiming that an excessively stringent ruling that constituted moral turpitude would block him from being appointed as a judge in the rabbinical courts, which is a public office.

In my humble opinion … this yeshiva bochur should be barred from being a dayan (a judge on a rabbinical court – a Beis Din). A dayan must not only be able to interpret halachah, but be able to apply it to real people and real situations. People are the real issue – as we are all created b’tzelem Elokim (in the image of G-d), and apparently “people” are something this bochur has missed. You CANNOT intentionally run someone over and then expect to sit on a Beis Din!

A dayan must indeed be an upstanding mensch with moral turpitude. Is this really the rabbinic judge you want to decide your case? Based on the driver’s previous conviction of theft, his driving without a license, a hit-and-run, and initial denial, it seems moral turpitude is something this guy lacks. He should certainly have his rabbinical aspirations squelched. This is a major Chillul HaShem (a desecration of G-d’s Name).

People come first. This is the ethic of Yeshua, and the basic understanding of all halachah.

I'm a Rabbi, writer, thinker, mountain biker, father and husband ... not necessarily in that order. According to my wife, however, I'm just a big nerd. I have degrees in dead languages and ancient stuff. I have studied in various Jewish institutions, including an Orthodox yeshiva in Europe. I get in trouble for making friends with perfect strangers, and for standing on chairs to sing during Shabbos dinner. In addition to being the Senior Rabbi of Simchat Yisrael Messianic Synagogue in West Haven, CT, I write regularly for several publications and speak widely in congregations and conferences. My wife is a Southern-fried Jewish Beltway bandit and a smokin' hot human rights attorney... and please don’t take offense if I dump Tabasco sauce on your cooking.
View all posts by Rabbi Joshua →
This entry was posted in Uncategorized and tagged Halachah, israel, Jews in the News. Bookmark the permalink.