Does Judaism have a future? 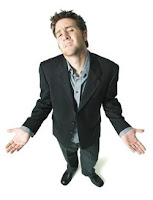 The Jewish community today finds itself in a dire state. With only 10% of the Jewish Community attending any sort of services on a regular basis, many scholars are asking if Judaism (at least in its American context) has failed, and whether or not Judaism even has a future.
A recent article in The Forward discusses the specific future of Conservative Judaism.

At one time, Conservative Judaism boasted being the largest denomination in America. During the post-war era, nearly 40% of all Jews identified as being Conservative. Decades later, the movement has found itself with dwindling membership, a change in its senior leadership, and increasing division within its ranks – as part of the movement steers toward a more traditional approach, while others drift toward a more Reform, or less traditional approach to Jewish life.

Some of Conservative Judaism’s greatest leaders and thinkers have been discussing this growing problem for several years. And the problem is not just within Conservative Judaism. Reform Judaism may now boast the title of the largest Jewish denomination, but they, along with all other denominations are finding less people in their pews. Especially the critical ‘babies and bellies’ we have harped on before.
The recent Forward article reports a call by three prominent Conservative rabbis for their movement to rethink its purpose and mission.
One of the panelists, Rabbi Elliot Cosgrove of Park Avenue Synagogue in New York hit the nail on the head! He argued that the separate denominations of American Judaism are losing their relevance among younger Jews. “Denominations are changing,” Cosgrove said. “Lines aren’t black and white. These lines are very slippery.”

In the early years of Conservative Judaism a century ago, according to Cosgrove, “Americans were seeking to make sense of their lives as immigrants.” Now, “This story is over. We’ve arrived. We’re here.” The question Jews ask today, he said, is not “how to arrive in a secular culture, but how to cross back over to tradition.”

According to Rabbi Wayne Dosick, in his book Dancing with G-d:

Despite all of Judaism’s outward manifestations of success in America, the vast majority of Jews are ‘voting with their feet’ … The contemporary Judaism we have created does not speak sufficiently to searching Jewish hearts and does not sufficiently nourish hungering Jewish souls; it has become, for far too many, stale, hollow, and irrelevant.

If Judaism is to survive into the future it will need to reinvent itself. Guided by the past, it must find a way to provide a spiritually meaningful path for the next generation. It will need to overcome the modern obstacles of intermarriage, over-institutionalization, and find a way to include numbers of non-Jews (especially those intermarried into the Jewish community). Messianic Judaism is not the only movement wrestling with these issues.

We must learn from one another, and those communities that are enjoying success with the next generation.  The Judaism of the future will not necessarily reflect the Judaism of today, but if we do not begin striving for it now there may not be a Judaism for tomorrow.

I'm a Rabbi, writer, thinker, mountain biker, father and husband ... not necessarily in that order. According to my wife, however, I'm just a big nerd. I have degrees in dead languages and ancient stuff. I have studied in various Jewish institutions, including an Orthodox yeshiva in Europe. I get in trouble for making friends with perfect strangers, and for standing on chairs to sing during Shabbos dinner. In addition to being the Senior Rabbi of Simchat Yisrael Messianic Synagogue in West Haven, CT, I write regularly for several publications and speak widely in congregations and conferences. My wife is a Southern-fried Jewish Beltway bandit and a smokin' hot human rights attorney... and please don’t take offense if I dump Tabasco sauce on your cooking.
View all posts by Rabbi Joshua →
This entry was posted in Uncategorized and tagged Jewish life, nexgen, Spirituality, tradition. Bookmark the permalink.

8 Responses to Does Judaism have a future?