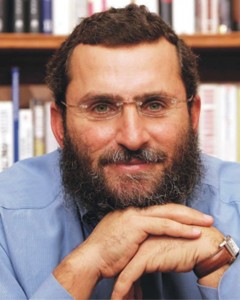 “Whether one opposes or supports gay marriage, one thing is certain: The heterosexual divorce rate is more than 50 percent, and it has been so well before gay rights ever came to the fore in this country. Sure, we can search for scapegoats to blame for the loss of love in our time. But we heterosexuals have seen the enemy and it is us … The greatest danger to marriage in our time stems from the wholesale degradation of women in the popular culture. In magazines, on television, and especially on Internet porn, women are continually portrayed as the libidinous man’s plaything, not an equal to be taken seriously but a subordinate who is a means to salacious male ends … Surely, if asked, Jesus would have said that a woman is more than male eye-candy … [C]rying out against gays when there are bigger and more toxic fish to fry is what makes religion ineffective and irrelevant.”

– Rabbi Shmuley Boteach in “What Would Jesus Say About Miss California?“

Chocoholic, jazz head ... prone to rants, and a professional pitbull. I married a terrific guy who happens to be a rabbi, so I guess that makes me a rebbetzin. Who saw that one coming? My grandparents survived the Shoah and spent their lives in the service of others. On my best days, I walk in their footsteps.
View all posts by Monique →
This entry was posted in Uncategorized and tagged divorce, marriage, Quote of the Day. Bookmark the permalink.

7 Responses to Quote of the Day