How to Be a Messianic Congregation, #2 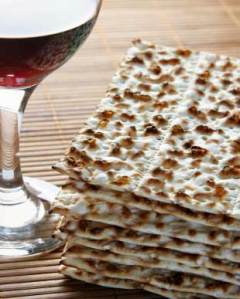 When I founded Tikvat David a little over ten years ago, I readily admit I had only the slightest idea what I was doing. My Jewish education was inadequate. My Christian education was lacking breadth. How do you form something new, something with no back-story, and make it worth belonging to?

I had experience in the Baptist churches. A Baptist church could draw on its history and people gave allegiance to something with a past.

I visited synagogues in the months before founding Tikvat David. I found here more history, deeper than that in the Baptist churches.

So why not simply give up and either be Baptist or Reform Jewish? I felt we had something to offer, something people needed. I just did not know yet how the balance would work. I had tried and found wanting the Christian Missions to the Jews approach. It consisted of telling Jews to believe in Messiah, assuring them that faith in Jesus is a very Jewish thing, and then urging them to abandon all Jewish associations and practices for the greater good of their new spiritual family. Being saved was essentially all that mattered (okay, not essentially, it was all that mattered). Jesus only cared if you were in the roll call of the Up Yonder.

I could see the depth of Judaism (mostly I visited Orthodox synagogues, actually). But it was clearly missing something. I still feel this is true in spite of having grown closer to Judaism over the last decade. Jewish spirituality was lacking a future hope orientation. Messianic ideas were more ideas than central ways of thinking about and shaping practice and belief. Keeping tradition was all that mattered. Hashem only cared if you did things the same as yesterday.

If I say MJ congregations need to be more Jewish, I get one kind of resistance. What do you mean by Jewish? Do you mean practicing “pure, biblical Judaism” or do you mean all those “anti-Messiah, nasty rabbinic” traditions?

Benjamin from Metropolis told me a story about one congregation’s understanding of kosher. He asked, “Are your congregational dinners kosher?” Apparently (see yesterday) even the least hospitable MJ communities at least have some meal-oriented events. The answer was, “Yes, we are kosher.” Bennie was pretty sure they did not fully understand the question. “So, will the meal be vegetarian?”

“So it will be dairy-free?”

“No, kosher means we don’t eat pork or shellfish and similarly forbidden foods.”

For the un-inititiated, this person’s understanding of kosher is completely false. Kashrut (the kosher laws) are about a great deal more than avoiding pork. Check out ourrabbis.org to understand a well thought out Messianic Jewish standard of kashrut.

I’m not saying an MJ congregation has to be kosher. Tikvat David is not kosher. But if someone asks us, “Are your meals at synagogue kosher?” our answer is, “No, just kosher-style.”

I brought you through that scenario to illustrate a simple point: ignorance of Jewish history and tradition abounds in places which are (allegedly) a form of Judaism.

If I say MJ congregations need to be more Christian, among a large segment of the Judeo-Christian and MJ world alarm bells go off. Christianity is what is wrong with everything on planet earth. Christianity is (allegedly) pagan. My word, Leman is suggesting we sing “Jingle Bells” and go trick-or-treating!

First of all, God is not nearly as paganoid as many Judeo-Christians. Just this morning I was studying Genesis 2 in advance of the upcoming Torah reading of Bereisheet at Simchat Torah. God makes man from the dust, a word used in parallel with clay. And the account emphasizes that the dust was moist and moldable. And the account uses the word “formed” like the work of a potter. The account is so similar to those of the Egyptian deity Khnum fashioning humankind on a potter’s wheel and similar Mesopotamian and Greek myths (see Nahum Sarna’s JPS Commentary on Genesis). It’s one of a thousand examples of God’s revelation following the cultural and literary patterns of the “pagan” world.

Second of all, the heart of Christianity is not to be found either in holiday traditions or in the practices of pop-religion (revivalism, selling prayer cloths on cable television, or opening stores that carry “necessities” like religious breath mints). It is found in the exaltation of Messiah (you know, Christ) as the sum of all things, the One in whom all things will be summed up and redeemed and consummated in the Age to Come.

How does this work in practice? Here are some specific pointers limited by my perspective, in some cases perhaps examples of my eccentric views and not iron-clad laws of doctrine and practice:

(1) There are great writings in Judaism and Christianity about central issues of belief and practice which we must learn and draw on. Everyone can’t learn everything. But as a community, we should have people studying all these areas. In Judaism this includes the rabbinic writings (Mishnah, Midrash, Talmud, medieval commentary, Siddur, and more) and in Christianity this includes the church fathers and those who have studied and written theology and spirituality according to the tradition ever since. It means reading Heschel and Lewis, to use two modern examples. It means benefitting from Rabbi Jonathan Sacks and Bishop N.T. Wright, Michael Wyschogrod and Scot McKnight, Daniel Boyarin and Richard John Neuhaus. It means reading midrashic parables and the Nicene Creed.

(2) There are great writings about ethics and spirituality in Christianity and Judaism which we must draw on. This means the mussar literature, the Pirkei Avot, the mystical concepts of Judaism (including kabbalah) read with caution about excess speculation. This means also the church fathers and especially Augustine, the devotional classics of Christianity (a short list might include: Gregory of Nyssa, Benedict, Bernard of Clairvaux, de Sales, a Kempis, Calvin, Wesley, Merton, Nouwen, and a host of others). I believe that carefully reading both traditions and balancing and collating them is a distinctive Messianic Jewish way of living.

(3) This one will be controversial. We can have Jewish and Christian themed songs in our musical worship. There is nothing magical about songs labeled “Messianic Jewish.” They are part of our tradition since the 1970’s and I think we can and should use them (having unique traditions is a healthy thing for a community). But Moshav Band and Neshama Carlebach songs are fantastic too and there’s nothing wrong with a Hillsong and Chris Tomlin song (or Third Day!). When you sing “Eliyahu HaNavi” followed by “How Great is Our God,” the blend of passion, longing for holiness, and musical energy is redemptive.

(4) I shouldn’t have to say this one, but I know from multiple conversations it is true: we should and must teach both Torah and Messiah. It is harmful when a group takes on a new distinctive (people who left churches out of a desire to learn Torah and Jewish customs) and spends all their time on it, assuming that people already have plenty of familiarity with former priorities (the divinity, message, and deeds of Yeshua the Messiah). Some MJ and Judeo-Christian places either avoid much talk about Torah (not to seem too Jewish) or Messiah (not to seem too Christian).

So, I say let’s embrace our location at the boundaries of Judaism and Christianity. We have a double tradition. The boundary lines are blurred. It may be because they were not to be so sharply set in history to begin with. Imagine if Christianity had developed with a healthy respect for Judaism and Jewish origins. Imagine if Christianity had not defined Jewish life as foreign to following a Jewish Messiah! Imagine if Judaism had not reacted to Christian hostility by defining terms in ways that preclude all faith in Jesus Christ. Imagine if the rabbis had not reacted to persecution and tragedy by making Judaism immune to Christ.

That’s what we are building, a community at the border line (to draw on Boyarin’s phrase).

10 Responses to How to Be a Messianic Congregation, #2