A Sefer Kodesh Expounded Upon! 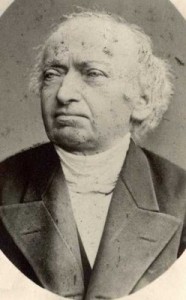 Sefer Kodesh means a holy book. Last night, in Roswell, Georgia, about 120 of us (note the symbolism of the number) gathered in one place to discuss the four gospels as holy books.

For those not from a Jewish background, treating a book as holy involves certain means of sanctifying both the book and the time spent reading and studying. It is similar to the Christian practice of Lectio Divina and to the practice in liturgical churches of standing as the gospels are read aloud.

What did we take away from this gathering? Why was it so particularly practical and potentially revolutionary for those of us involved? And what startling things did we hear from Boaz Michael of First Fruits of Zion?

Part of what last night was about is a way of life.There is a way of life many people have found, in both Jewish and Christian traditions. It is a way of life that has captured the minds of great thinkers and lots of “ordinary” people. It is the way of reading holy books in a disciplined, habitual manner so that all of life is colored by the holy themes and word pictures found there. Specifically, for Jews and Christians, this has meant daily Torah study, daily Bible reading and study, the quiet practice of soaking up the prophetic and expressing it in daily life.

Another part of what last night was about is a backstory. It’s a backstory that calls us to some times before the Holocaust, to periods like the late 19th century. You can explain some of what was going on in world Jewry in a secular manner — it was a time of enlightenment in the Jewish world, the continuing echoes of the haskalah, with Jews in Europe becoming a part of the broader world and leaving the ghettos. But you can also explain this period prophetically — the seeds of several movements, cherished movements, come from this period, such as Zionism and Messianic Judaism.

Boaz Michael told us a few of these stories. Most importantly, we heard the story of a Christian German gentile boy with a Jewish godfather, a boy whose “Christian” father left the family and for whom the Jewish godfather became a mentor. That boy, of course, was Franz Delitzsch, the renowned commentator on the “Old Testament” and the translator of the New Testament into classical and early rabbinic Hebrew.

You need to hear the story of Franz Delitzsch and Levy Hirsch. We are working on the audio from last night and First Fruits of Zion has said they will make Boaz’s talks available on their blog.

Before the Holocaust, great things were moving in both Europe and America. The story of pioneers of Jewish faith in Messiah Yeshua such as Yechiel Lichtenstein, Isaac Lichtenstein, Jacob Rabinowitz, Leopold Cohen, and many others, evokes sadness for what has been lost. In many ways, the post-Holocaust Messianic Jewish movement has not recovered what was gained. In spite of what are likely more sophisticated and accurate theologies, even the best of Messianic Judaism is still playing catch up to the greats of the pre-Holocaust era.

The Delitzsch Hebrew English Gospels (DHE) are a part of that recovery. Boaz shared a story about a happening just after the advance copies of the DHE came to the First Fruits of Zion offices from the printer. A bookstore from out of state called the office. Boaz had spoken there a few years before. A Jewish woman had come to the bookstore. She wanted to find a Jewish explanation of Jesus. The bookstore manager had kept Boaz’s card.

One of the first copies of the DHE was mailed. Three weeks later the woman wrote to thank First Fruits. She had not only enjoyed reading the gospels. She was committed to following the One found in their pages, whom she now firmly acknowledged as Messiah.

Over the years, an untold number of Jews have been touched by Delitzsch’s Hebrew New Testament. One Jewish “missionary” (that was their term from the time) said that he rarely visited a Jewish home in Europe where a copy of the Delitzsch Hebrew New Testament was not found on the bookshelf. Several famous stories of pre-Holocaust pioneers of a more Jewish expression of Yeshua-faith begin with a Delitzsch New Testament.

So, we gathered. We listened to the stories. Boaz explained what a sefer kodesh is and how to treat it and make the study of it a habitual, transformative practice. Things are revealed to us not by “flesh and blood,” as Yeshua noted to Peter in Matthew 16:17, but by the Eternal himself. I explained twenty ways to get more out of reading the gospels and encouraged everyone to make reading a recurring, cyclical practice which imitates discipleship. We cannot walk Galilee literally with Yeshua, but we can look on his deeds and read his words repeatedly, in four different contexts, and at least in spirit walk with him through the gospels of Mark, Matthew, Luke, and John.

But none of it will avail us if we do not read. And the Delitzsch Hebrew English Gospels bring a fresh way to read the gospels expressed in the language of the Torah, prophets, and rabbis. They are a contemporary expression of what the gospels were originally: a Jewish book.

COMING: We are processing the audio and I will soon make a CD and printed outline of “20 Ways to Read Yeshua’s Life” available for $15. Boaz’s talks will be made available in some format online.

9 Responses to A Sefer Kodesh Expounded Upon!