Judeo-Christianity: Why is It Attractive?

Bruce is otherwise known as Dr. H. Bruce Stokes, Dean of the School of Behavioral Sciences at California Baptist University and pastor of The Disciple Center in Anaheim, California. He has been in Messianic Jewish circles for a long time and is highly respected as a sociologist in our movement who understands issues of Jewish and gentile identity.

Dr. Stokes has long been an advocate for non-Jews attracted to Messianic Judaism to regard themselves not as de-facto Jews, but as Judeo-Christians. He has also long been building bridges with Christians outside our movement who want to embrace some Judaic traditions.

In this post, I want to explain what makes Judeo-Christianity so attractive. If you’re a Messianic Jew and you wonder why so many gentiles are interested, I hope these points resonate with you. If you’re a mainstream Jew befuddled by the magnetism of MJ for gentiles, here you go. If you are a Judeo-Christian (or a Messianic gentile or a Christian with Judaic interests), I hope you see a little of yourself here. And I have no doubt I’ve missed something or that there is more to the attraction that I am capturing here. I’d love to hear your reasons or something of your passion and story (briefly, please).

Putting the Whole Bible Back Together

The Bible for Christians has been bifurcated for too long. Too many people flipped back to those pages earlier than Matthew and found something good in there. Too few people have been satisfied with replacement theology, old-style sermons and commentaries that call Israel the Church, churches using some laws (tithing) and denouncing others (Sabbath).

The “standard canonical narrative” skips Israel: CREATION – FALL – REDEMPTION – CONSUMMATION. In other words, skip from Genesis 3 to Matthew 26, from Adam and Eve to the cross of Jesus. Nothing in between is needed. God made the world. People fell away from God. Jesus came to bring us back together. Jesus is returning to heal the world. Who needs Israel?

Your Bible will be a lot smaller if you cut out Genesis 4 – Matthew 25 (plus the majority of Mark, Luke, and John).

It’s About the Age to Come, Stupid

The nations, goyim, gentiles, will come to the mountain of the house of the Lord to learn Torah. So say Isaiah 2 and Micah 4.

The nations will keep Sukkot. God blesses foreigners who draw near and keep the Sabbath. God will call gentiles by his name. God will even take some from the nations as priests. Yes, all this is in the Hebrew Bible. If you don’t know the references, where have you been? 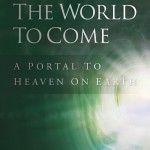 I do have a book on it called The World to Come (see it here at my site or here on amazon).

Many non-Jews are captivated by the way things will be in the Age to Come and want to live a foretaste of it now. Some have assumed (wrongly, in my much-published opinion) that all Christians must start keeping Torah now. Others see a distinction between Jewish and non-Jewish relation to Torah (like me). But the urge should be understandable in either direction.

The free churches, evangelicals, the charismatics, and pentecostals lack tradition. They don’t have a “Common Book of Prayer.” They get bored with spontaneous prayers and vanilla services lacking depth and connection to anything ancient. 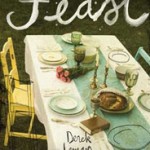 And with the right understanding of Jewish identity and calling, I think this is a good thing. I have a book with the Southern Baptist publishing house teaching Christians about the feasts (see it here).

I predict that Judeo-Christianity will keep growing. I think Christians in various streams of church life will increasingly seek out Jewish speakers, Jewish friends, insight into Jewish practices, and Jewish roots of Jesus and Christian faith. I think many, a small segment, will come into Messianic Jewish congregations and Judeo-Christian congregations.

I think we’ve only seen the beginning. What do you think?

This entry was posted in Judeo-Christian. Bookmark the permalink.

21 Responses to Judeo-Christianity: Why is It Attractive?