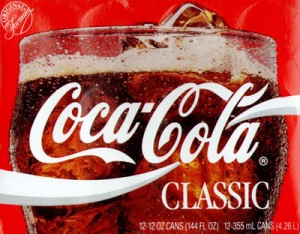 Back in September of 2008 I wrote about “Reverse Galatianism.” I think it is an important way of expressing ourselves to Christians who misunderstand what Messianic Judaism is about. As you will see at the beginning of this re-post, I was having a few discussions with people online at the time. I had a Christian missionary to Jews asking why Messianic Jews simply did not come back to the churches. I had a Christian leader saying Messianic Judaism is racial segregation and we should all be one-size-fits-all (he probably thinks we should dress his way and listen to his idea of worship music too). I was in debates with non-Jews of the One Law persuasion who didn’t understand Galatianism, much less Reverse Galatianism.

The most important part of the post is the third section, under the heading “Reverse Galatianism.”

Introduction
Several things have made me think about this topic in recent weeks. I had an email exchange with a theologian who expressed the idea that Jews who come to faith in Yeshua should join in with existing churches so that there will be unity in the Congregation of Messiah. In other words, he believes the New Testament writers would oppose the idea of Messianic synagogues.

The only response was from a Christian pastor whose answer was no, Jews separating into Messianic Congregations is not the ideal, but may be necessary due to lack of understanding in the church. He made an argument I often hear, “I believe all the churches are wrong for their segregation based on color, creed, or culture.” Messianic Judaism, in other words, is simply racial segregation at work.

I responded with a few arguments and the debate got hot very quickly, with Chris saying, “it seems like your newly found yarmulke has slid over your eyes.”

Galatianism
This is the error which Paul fought against in Asia Minor. Some Jews, whether Messianic Jews or traditional Jews we cannot really say (see Mark Nanos, The Irony of Galatians, for a case that they were traditional Jews). Galatianism is the false belief that non-Jews must become Jews and take on the yoke of Torah in order to be in Messiah or to grow in Messiah.

I am sad to say that the book of Galatians has made little impact on many in the Hebrew Roots and broader Messianic movement. Many would say just what the opponents of Paul in Galatians were saying: that non-Jews must follow Torah to obey Messiah. How do these interpreters get around the message of Galatians? They say that Paul was only arguing against converting to Judaism and not against Gentiles taking on Torah observance. They say that circumcision is required for Christian children but that it must not be understood as a sign of conversion. They say either that Torah observance is required or that it is a matter of spiritual growth with the mature moving out of Gentile ways and into the Torah over time.

Reverse Galatianism
Galatianism bothers me. It is one of the reasons the church world looks at “Messianic Judaism,” speaking in the broader sense of the term, and thinks we are ridiculous. It seems we cannot understand the simplest of New Testament teachings.

That’s right, there is an opposite error to Galatians. But you ask, “Why didn’t Paul address this issue?” My answer would be two-fold:

1. It wasn’t a problem in Paul’s time. No one was telling Jews to quit keeping Sabbath and to stop worshipping at the Temple daily.

2. The ongoing responsibility of Jewish people to God’s covenant with Israel was assumed. Paul would be appalled (pun?) to see the lack of respect for Jewish identity and covenantal responsibility in the church world today.

Let me explain a little more what Reverse Galatianism is and how it affects opinions in the modern church world:

–Why do those Messianic Jews need to be separate? Why don’t they simply join us?

–Why do I, a Jewish believer in Jesus, need to consider a Messianic Congregation when I’ve got this big, happy mega-church with so many more programs and people to meet?

–The New Testament mission called for unity of Jew and Gentile, one new man, and so we must be one new man (and that new man is Gentile, by the way).

–Jewish identity has no more meaning than any other ethnic identity. It is pre-Christian and should be given up for the cause of unity. (Meanwhile, I attend a church whose culture is closest to my own and would hate to see my whitebread church start using Hip-Hop worship or my black church using Southern Gospel or so on and so forth — but I still speak with authority about this shedding pre-Christian ethnic identity thing).

–The Torah is obsolete and I wish Messianic Jews would realize that none of that matters now. (What? Those verses about the Torah remaining until heaven and earth disappear? Well, those are unclear and I prefer to interpret them in light of the much clearer passages that say Torah is obsolete.)

–It’s not healthy for Messianic Jews to separate. It keeps the Congregation of Messiah divided. But the dividing wall of separation is abolished (Eph. 2). We should all come together.

Reverse Galatianism is the error of thinking that while Gentiles must not be forced to become Jews, still it is for the best if Jews in Messiah become Gentiles.

One reply to our call for strong Jewish identity and the need for Messianic Jewish congregations, is to say, “But Jews can remain Jews and worship with everyone else in a one-size-fits-all church.”

I understand that many well-meaning people who love Israel and the Jewish people feel this way. It is the best and kindest rebuttal to Messianic Judaism I have heard. The problem is, this is the response of people who do not know what it means to be Jewish or to live Torah. You often cannot understand another community if you have not lived in their shoes.

Take as an analogy the black community in America. Many black Christians choose to worship in churches targeted to their community. Those who believe Messianic Jews should assimilate into normal church life might be inclined to think the same way about black Christians. But I would ask them, “Have you experienced life as an African-American? Do you know what it is to walk in their shoes? Do you honestly believe that your Anglo church is going to address the needs of this community?”

With Messianic Jews the issues run on another plane. Not only do Jewish people have ethnic issues, history, and pressures to face, but there is also the matter of covenantal obligation to the Torah. And the Torah is not something meant to be kept in isolation. Torah is a community affair. That is precisely what many of our critics do not understand. Torah and Jewish life are meant to be lived together and mutually reinforced. How would that happen in a church setting where no one fasts on Yom Kippur and where Saturday is sometimes a work day for fixing up the church grounds and where ham is on the Wednesday night dinner menu?

So, please do weigh in on this issue. Can you see the need for Messianic Jews to band together? Can Messianic Judaism be in unity with churches without giving up its distinctiveness