FAQ: The Sabbath and Gentiles 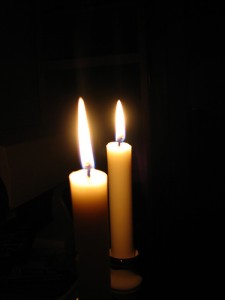 This is an emotional topic for people. It is a topic people argue about with anger. And it is not a popular position to say that the Sabbath is a sign commandment for Jewish people, that it is a sign between Israel and God, and that non-Jews are not required to keep the Sabbath.

No matter how often I say it or how much biblical support I provide, I will make little headway in changing the minds of a certain set of people who have come to love the Sabbath, to feel it is a long-lost truth needing to be rediscovered and taken up by all lovers of Messiah, and who think that Jews and Messianic Jews are trying to keep something precious and holy away from non-Jews.

But I continue to get email after email and to hear from people who want to believe that they have returned to a special practice of holiness that should never have been lost. I would say that if you have discovered the Sabbath and the Jewish traditions about it and love to practice it with you family, that can be a beautiful thing. But it is not biblical or necessary for you to believe that Sabbath is mandatory for non-Jews. I’d like to break down the many arguments for universal Sabbath keeping and at least try to change your mind.

Isn’t the Sabbath a “Creation Ordinance”?
No, the Sabbath is not a creation ordinance. No, it was never an “ordinance” or commandment for anyone to keep until Exodus 16.

It seems from (1) that God designated the seventh day of every week from the time of creation on as “the Sabbath.” Some people deduce from this that the Sabbath predates Israel, is a tangible fact of creation, and is universally true and demands obedience from all people, Jew and gentile.

But notice that God did not command anyone to keep the Sabbath until Exodus 16 — not even, for example, Noah or Abraham. This is a big point, so I hope you hear it before you angrily surf away from this article and ignore everything else I have to say: if God considers it sinful for people to ignore the Sabbath, why didn’t he teach the Sabbath to Noah and Abraham?

I think there are better ways of explaining the intent of Genesis 2:2-3. God had Israel in mind from the before the foundation of the world. And in the text written by Jews for Jews about creation (yes, Genesis is by Jews and is written with a Jewish audience in mind) it is very fitting that Israel and Israel’s Sabbath are foreshadowed. It is a beautiful thing to note that God followed a pattern which he would teach his people, Israel.

If the Sabbath is Holy, Shouldn’t We Want to Keep it?
Now this is a better argument. I have to admit, I find it to be powerfully persuasive. In fact, if you were to say, “Though I am not Jewish, when I read that the Sabbath is holy, and since I love God and want to be holy too, I want to keep the Sabbath,” I would not fault you.

But if you were to say, “People who claim they love God and yet do not keep the Sabbath are wrong and are violating God’s command,” I would disagree.

What is holy for one person is not necessarily so for another. We find examples of this in the Bible. I speak of them often and I sometimes feel like I repeat myself again and again. Abstaining from all products of the grape (wine, grapes, raisins) is holy for a person under a Nazirite vow. It would be false to conclude from this that wine is unholy.

The Sabbath is symbolic. Just saying that shocks some people, but it is true. Many things in Torah are symbolic. Touching a chair in which a woman on her period was just sitting renders one “unclean” or “impure,” according to Torah. This is all part of a symbolic system of purity laws (and they symbolize life and death, the loss of life being impure).

So, if you have discovered the Sabbath and various Jewish traditions and want to keep it, I think that with some provisos (like that you don’t take on a false Jewish identity or work to erase the distinction between Jews and non-Jews) it can be a beautiful thing. And I am not telling you that you must stop observing Sabbath.

But you should know that it is wrong to require it of everyone else. Judaism does not require the Sabbath of non-Jews. The apostles of the New Testament did not require the Sabbath of non-Jews. In fact, you’d be hard-pressed to find any wiggle room in the New Testament allowing non-Jews to keep the Sabbath by choice. Because of a pervasive God-only-saves-Jews problem in the early congregations, Paul and others had to crack down and keep gentiles from observing Jewish customs.

Many Christians think, “The Ten Commandments are the essence of God’s requirement of humankind.” This then causes a problem for Christian practice. How so? Well, the Sabbath is one of the commandments.

How do many Christians deal with this? There are two primary ways: (1) some consider the Sabbath to have been changed to Sunday and at the same time completely ignore the command to rest and (2) some others relativize the Sabbath in various ways (it is a principle of rest and the day does not matter). But some Christians rightly recognize that the Sabbath commandment does not apply to them.

But try reading the Ten Commandments in their literary context: Exodus 19-20. They are given to the Jewish people in a very personal manner, as the Chosen People: “you shall be my own possession among all peoples” (Exod 19:5). They are the essence of God’s requirement for Israel. Therefore, they not only include matters of universal morality and justice (adultery, theft, murder, etc.) but also of Israel’s symbolic holiness requirements (Sabbath).

Context is very important in interpreting and applying biblical texts.

A Few Other Points

(1) In Acts 15, some people thought that as they proclaimed Yeshua to gentiles “It is necessary to circumcise them, and to charge them to keep the law of Moses.” The apostles disagreed.

(2) In Acts 15 the apostles said: “we should not trouble those of the Gentiles who turn to God” with Torah observances which are Jewish sign commandments (circumcision, Sabbath, dietary law, fringes).

(3) In Romans 14, Paul argued that the Sabbath is holy for Jews and that gentiles should not disdain Jews for keeping it. But assumed throughout is that non-Jews would not keep the Sabbath in the congregations overseen by Paul: “One man esteems one day as better than another, while another man esteems all days alike. Let every one be fully convinced in his own mind.”

This entry was posted in Gentiles, Sabbath, Torah. Bookmark the permalink.

56 Responses to FAQ: The Sabbath and Gentiles