Not Jewish Yet Drawn to Torah, Part 7 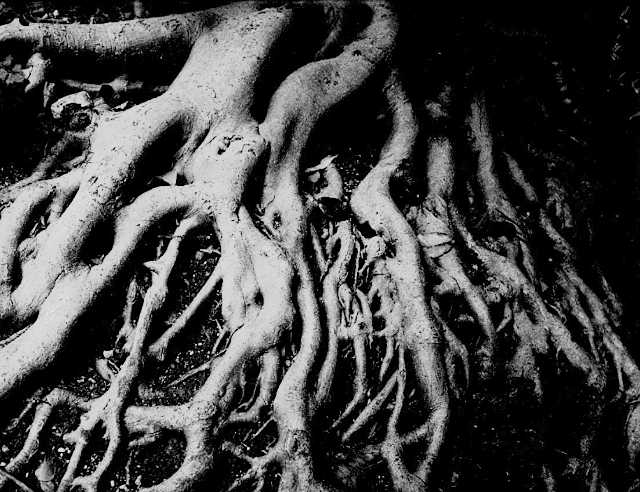 It has been a long series, but this post will be short. I said in “Summary and Perspective on Part 5” to some of those who were dubious about my views: “If you, as Jews, do not understand the spiritual power of Jewish tradition, I will not try to explain it to you.”

Now I will break that promise. I will try and explain what makes Jewish tradition so powerful for non-Jews. More after the jump.

My answer will be brief. Perhaps commenters will draw more out from this with challenges or questions.

The first reason Jewish tradition is so powerful for a modern religious person who is not Jewish is simple: rootlessness.

Modern religion for large masses of people is rootless. Fundamentalist Christianity was built on an isolated and archaic, rural-America model that exists less and less even in rural places. Churches in towns you’ve never heard of now routinely imitate the mega-churches and seek to be rock concerts with talking heads. Evangelical Christianity (not the same as fundamentalist) shares some of this background but combines it with a revivalism and individualism that has sought to be as rootless as possible.

What do I mean by that? I mean that evangelicals hate the word “tradition,” pretend they don’t have any, do things to downplay any sense of tradition, don’t read the church fathers, deplore more rooted forms like Lutheranism, Anglicanism, Catholicism, Orthodoxy and so on. Even before the shallow quest for the new, the entertainment model, the church for the unchurched approach that now dominates, evangelicalism ran counter to ideas like ancient, community, and tradition. Tradition for many fundamentalist and evangelical churches was a word for things like, “Should we allow a keyboard instead of an organ?”

When your idea of tradition is a certain kind of instrument to be used in the performance of music, you lack rootedness in something ancient and meaningful. Jewish ritual, much of it springing directly from biblical texts, is a great substitute for people who never formed a tradition. Your background might make you feel weird about picking one of many historic Christian traditions. Vespers? Divine hours? Sacraments? Compline? Tenebrae? Eucharist? Communion? Vestments? Since these kinds of words are not in the Bible, they seem foreign to people who have not come up in a tradition.

But if Christians had grown up in a tradition with a continuous history (I’d love some sort of Irish-Anglo-Arthurian-Medieval tradition!), that would be a beautiful thing. Jesus can and should be mediated through cultural traditions. These may end up looking very different from the cultures of biblical peoples. There would be nothing wrong with Assyrian Christianity, European, Far Eastern, and so on.

So, for lack of a rooted tradition to belong to, rootless Christians naturally saw Jewish cultural expressions as a home, traditions that in various ways matched descriptions of worship and life in the Bible.

The second reason Jewish tradition is so powerful for a modern religious person is that Jewish ritual is beautiful, intelligent, many-layered, a world you can explore your whole life and never come to the end of it. That’s all I need to say about that reason.

Finally, and this is very formative, the third reason is eschatology. Eschatology means belief about future hope, last days, end times, the world to come, and so on.

Modern religious persons as Bible readers can (and should, in my opinion — but I would need to argue that separately and it involves more complexity than most realize) see the Age to Come as a world with Jewish ritual. For those of us who do not think the Israelite prophets were merely preachers serving their community, but who think the biblical view of history’s unfolding is based on a pattern established by God (mutual blessing through Abraham’s seed to the nations), we see no reason to relativize Isaiah 2 or 56 or Jeremiah 23 or Zechariah 14.

The eschaton is centered on Israel and the Jerusalem Temple and ritual associated with the Hebrew Bible and later Judaism is part of it all.

Is there something wrong with people, who have no tradition currently, wanting to have that sort of tradition in their life?

Not at all. My only caveats are:

(1) If you want to pursue Judaically informed Christianity, don’t think your model is inherently superior to other cultural expressions. Jewish culture is not sacrosanct for all people.

(2) If you wish to pursue Judaically informed Christianity, do not assume a false or shallow Jewish identity. Differentiate yourself from those who are Jewish disciples of Yeshua. You might choose to be in community with them (see Part 6). But be open to the need for Jewish identity to be continued and strengthened. Don’t contribute to its collapse through your own insecurity and lack of identity. You actually have an identity that is just as powerful: a child of Abraham and disciple of the Son of God. What more do you need?

So, all of that leads to Part 8, coming up: toward a halacha of differentiating non-Jews and Jews in the practice of ritual and tradition.

8 Responses to Not Jewish Yet Drawn to Torah, Part 7