A Quote I Like About the Mystery of the Passover Haggadah 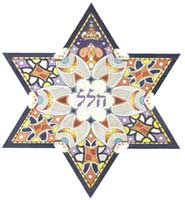 Today I did an internet search for a rare 1942 Haggadah with an introduction by Louis Finkelstein (1895-1991) who is regarded as the leading light in the development of Conservative Judaism in America. I had read about his introduction in this Haggadah and wanted to own it for myself.

I did buy the book at an online rare book shop. I’ll probably blog about it before Passover.

Meanwhile, I found this article from an online class on the history of the Haggadah. The excerpt I have here sums up some of what I have been saying in my “Understanding the Passover Haggadah” series. This is by Barbara and Reuven Sutnick of the Jewish University in Cyberspace, found here: http://www.jafi.org.il/education/juice/siddur/week9.html

I have heard it said that in the commentary literature, there has been more written on the Haggadah than any other book! The truth is that the Haggadah was designed to be fascinating, and it does not disappoint. The basic premise of the Haggadah is the telling of the Exodus from Egypt. Thus, we have in the Haggadah a ritual which is not really prayer — it is an object lesson in Jewish history — or is it?!? The second goal of the Haggadah is to praise God for redeeming us in the past, present and future. . . .

. . . The connection between prayer and history is another one of those perplexing elements that characterize Jewish ritual, conceptually and technically. For example, we have the biblical commandment to recite the story of the Exodus each year at the Passover seder (Exodus 13:8). However, the historical discussion that comprises much of the seder is cast in a highly ritualized context, making it inaccurate to describe it as pure telling. Conversely, during the rest of the year, the kiddush recited over wine on Friday nights contains the words “a remembrance of the Exodus from Egypt.” In the case of the Haggadah, history is tempered with prayer; in the kiddush, prayer is tempered with history!

This entry was posted in Messianic Jewish. Bookmark the permalink.