Does Scripture Provide Precedent and Guidelines For Israel and Other Peoples in the Region to Live in Peace?

This is another foundational study for understanding what the Bible teaches concerning the Jewish people and the Land of Israel. I did these studies about ten years ago to answer some questions for my own benefit. Both those who agree and who disagree with the premise that today’s Jewish people have a divine mandate to dwell in the Land of their ancestors need to come to terms with this data.  This study presents certain principles of biblical geo-political philosophy, and was first posted on this blog May 23, 2011. It being reposted now because of its relevance to our current series. Enjoy! 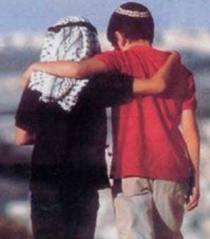 1)  There is land that God has given to the sons of Israel.

2)  There is also land that God has given to others which Israel is not to touch.

3)  God uses the same language to describe his giving an inheritance to other nations as he does when speaking of Israel.  In Deut 2:20-22, he speaks of the land inheritance of the Ammonites in this fashion:

That too was considered a land of the Rephaites, who used to live there; but the Ammonites called them Zamxummite. They were a people strong and numerous, and as tall as the Anakite.  The Lord destroyed them from before the Ammonites, who drove them out and settled in their place.  The Lord had done the same for the descendants of Esau, who lived in Seir, when he destroyed the Horites from before them.  They drove them out and have lived in their place to this day.

Chair text – A text that “says it all, or at least most of it, and says it well.”  Are there texts that model for us co-existence in the land for Israel and other peoples living there—texts from which we might extract principles?  I think there are, and I have chosen one set of texts that I believe serves us well—Joshua chapters 9-10.

a.  Under the leadership of Joshua, the children of Israel crossed the Jordan river on dry land—a miracle similar to that which Moses performed at the Red Sea.  When word of this miracle spread, the Amorite kings west of the Jordan and all the Canaanite kings  along the coast were quite terrified.

b.  Joshua’s men had already reconnoitered the land with the help of Rahab the Harlot.  And after some significant events [all the males of the new generation being circumcised at Gilgal, and Joshua meeting with the supernatural Commander of HaShem’s army, they go in to take the land.

c.  Jericho falls to them, and after initial failure due to sin in the camp, the City of Ai falls as well.  And after this victory, the children of Israel renewed their covenant with HaShem at Mt. Ebal.

d. At this point the Hittite, Amorite, Canaanite, Perizzite, Hivite and Jebusite kings of the land band together to war against Joshua and Israel [Josh 9:1-2].  However, the people of Gibeon decide to take another approach.

2)  In Joshua 9, the Gibeonites decide to fool the Israelites into thinking that they are a people from far away, rather than one of the people groups that Israel is supposed to conquer.  They say that they have heard of how the God of Israel has given the Israelites victory against the Egyptians, and against kings on the other side of the Jordan.  They fool Joshua and the elders of Israel into entering into a covenant of peace with them [Joshua 9:3-15].

3)  Even when the Israelites later find out that the Gibeonites had deceived them, they know they cannot vanquish them because “We have given our oath by the Lord, the God of Israel, and we cannot touch them now” [Josh 9:19].

4)  In Joshua Chapter 10, King Adoni-Tzedek of Jerusalem and some of the other Kings of the land who are afraid of Joshua and the Israelites, and who knew what they did to Jericho and Ai, decide to attach Gibeon, because Gibeon has gone and entered into a treaty with Israel.

5)  At this point the Gibeonites send word to Joshua, who is encamped at Gilgal, entreating him and the Israelites to come to their aid [Joshua 10:6]

6)  As we see from the following text, not only does Israel treat them as allies and come to their aid, HaShem himself comes to their aid, performing a mighty miracle to rescue them and defeat their enemies, the enemies of Israel! [Joshua 10:7-15].

7)  In the remainder of the chapter, we read how Joshua and the children of Israel utterly vanquished and indeed wiped out the kings and nations that had come against them in league with Adoni-Tzedek [Josh 10:16-43]. It is not a pretty picture—but it did not have to happen, if these other kings and nations had been as determined to make peace with the Israelites as had the people of Gibeon.

8)  So what are the principles we find here which are transferable to the current crisis in the Middle East?

a.  God has a land inheritance which he intends for the children of Israel—no one else is supposed to have it nor touch it.

b.  God has a land inheritance for other peoples gathered around Israel—Israel is not supposed to have it nor touch it.

c.  There can only be peace in the Middle East when and if respective land rights are respected and honored, including those of Israel.

d.  Although one might hope this can happen through political means, from reading Scripture, I believe this will only finally happen when all parties are forced by the flow of holy history to acknowledge that these land rights are God-given.

f.  When and as they do, Israel becomes their friend, and Israel will defend them against their enemies, as they should defend Israel against her enemies.

g.  Those who will not make peace and prefer to wage war will inevitably suffer defeat, because God’s purpose for Israel will ultimately stand—as will his purposes for other nations.  Among these purposes will be Israel dwelling secure within her borders, free of terrorism, and should any attack Israel it will not come from HaShem and will not succeed: “In righteousness you will be established.  Tyranny will be far from you; you will have nothing to fear.  Terror will be far removed; it will not come near you.  If anyone does attack you it will not be my doing; whoever attacks you will surrender to you” [Isaiah 54:14-15]. See also Jeremiah 30:10; Ezek 34:25, 28;  38:11; 39:25-29; Obadiah 15-21.

h.  It seems clear that any permanency in peace and safety will require the return of Messiah.  As Jeremiah says, “In his days Judah will be saved and Israel will live in safety” [Jer. 23:6]

i.   In the end there seem to be only two choices—peace or conquest.  And again—peace in the Middle East can only come when there is a recognition of Israel’s Divine right to the Land.  I believe this will eventually come when God exercises his initiative to prove that this is so in the face of the nations of the world seeking to deny it, as per the events spoken of in Zechariah 12-14.

1 Response to Does Scripture Provide Precedent and Guidelines For Israel and Other Peoples in the Region to Live in Peace?