Re-masculinizing the Church and Synagogue – Toward Addressing the Problem

Today we are continuing to inform our discussion through the interesting research of Dr. Leon J. Podles, in The Church Impotent: The Feminization of Christianity, holding that his observations about the Church also apply in significant measure to the American Jewish experience. We will be looking a bit more at the Jewish communal context  a soon-coming post, but not today.

I already mentioned that the problem of the de-masculinizing of the Church is not so much the fault of the presence of women as it is the Church’s decreasing ability and that of the Synagogue to attract, build (that is, shape) and hold men.

Podles begins his final chapter, “The Future of Men in the Church” by provocatively suggesting that men are not so much rejecting the Church as they are choosing masculinity. He suggests as well that embracing a gay-friendly agenda tends to repel men who want to avoid any context where their own robust masculinity might be called into question.  This is an interesting premise, hard to prove, or for that matter, disprove. 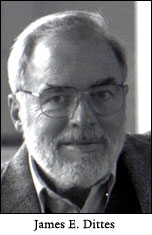 He mentions a number of mainstream theological voices whose perspective on manhood he commends. One is James E. Dittes,  who taught Pastoral Theology and Religious Studies at Yale Divinity School, straddling the disciplines of psychology and religion. Ditties regarded the eternal Son in His relationship to the Father as a model for all men.  Of Dittes’ views, Podles writes, “Adam seized at the possibility of being self-originate, of being father, and nothing but father, but in Christ we are shown that even God is Son. He then quotes Dittes and his positive approach to masculinity: Authenticity for men–feeling ‘saved’ (in language that once meant more than it usually does now)–is to be found within those modes of living that appear most characteristic of men, not in being shamed or coached out of those modes.”  One might note parenthetically that there is much in the air these days about the proper way to raise boys, without squeezing the boyishness out of them.  Clearly, Dittes was not alone in his prescient insight. Podles then names three modes of living to be studied as means of developing approaches to attracting, shaping, and holding men. And they fascinate.

The first is Initiation. In many, rather most, cultures in the world, the masculine and the feminine are each regarded as holy, while being clearly differentiated from each other–for holiness invariably involves separation, and also rites of reception in to the fraternity of men, or in the feminine case, the sorority of women. But have we not embraced a modality of egalitarianism which obscures, or even negates, the proper distinction and separation between what it is to be a man and what it means to be a woman?  I am convinced we have. Parenthetically, in the Orthodox Jewish world of today, and the world of my ancestors, the transition of a boy to manhood meant something because the men of the religious Jewish world shared a certain fraternal (and privileged) status, demanding way of life, and holy accountability unique to their gender. Is it not true in the Messianic Jewish context, and to an extent in the wider non-Orthodox Jewish world that being a man is not treated as a matter of prestige, and men are not challenged to attain the prowess that goes with the dignity of manhood? Men love challenges, they love learning, they love competition. But when we make a big megillah out of a man simply for showing up every week, without having in the social system a ladder of accomplishment which men might want to scale, everyone loses. This seems especially true in Messianic Jewish circles where a distorted view of “grace” contributes to a certain passivity and vitiating of effort.

In dealing with manhood, Podles and Dittes seem correct in advocating for a spirituality that both values and fosters maleness and the rigorous demands it entails in character, learning, and conduct. (And dare I say it? I believe women also prefer men whose masculinity is unambiguous and fully formed!) 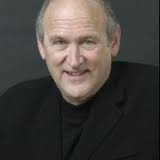 Podles directs us to the thinking of Gordon Dalbey, who reflected upon and adapted a rite of passage to be found in Nigeria. I found myself profoundly moved and excited by his recommendation, feeling deep within that I had experienced such a rite of passage in my youth. I quote here from Podles on Dalbey’s model. See of you don’t agree that the Messianic Jewish world needs to embrace a comparable mentality in respect to our Jewish tradition and community:

His suggestion for the ritual is this: The father, pretending to go somewhere else, goes to church to prepare to induct his son into manhood. With the pastor and other men, he arrives unannounced back at his house. His mother (uninformed about the event, which is for men only) is hesitant, but as the men outside sing “Rise Up 0 Men of God,” the boy breaks from his mother and joins his father and the men of the church. As he joins them, the men sing “A Mighty Fortress.” The men and boys then go to a campground for discipline and instruction which would include:

• An opening worship in which each boy is taught to memorize Romans 12:1-2, offering himself to God’s service and opening himself to let God transform him inwardly during the initiation period;
• Time to remember the men from whom the boy comes: stories of his father and grandfather and American history;
• Time to remember the God from whom all men come: Bible stories and biblical standards of behavior;
• Learning to pray, both alone and with others;
• A time of fasting during which the boy is taught its biblical purpose;
• Teaching the nature of sexuality and how to relate to women with both compassion and strength;
• Aptitude testing for professional skills, followed by a general session in which the men sit as a panel and share frankly their jobs, inviting questions afterward;
• Rigorous physical exercise;
• Daily individual prayer, Bible reading, and journal keeping;
• Prayer and counseling for each boy to heal inner emotional wounds;
• Talks by much older, godly men about what life was like when they were boys, and what their faith has meant to them;
• A closing worship service in which the men call each boy
The Future of Men in the Church    200 forward, lay hands upon him and pray for him to receive the Holy Spirit as in the traditional rite of confirmation.

Of course there are Jewish and Messianic Jewish resources to use and even to develop in mirroring and adapting, not simply imitating, this model.  There are resources of Jewish prayer, of Jewish study, of Jewish spirituality, biblical structures and understandings, materials and resources to be learned, memorized, lived out and treasured.  In fact, the vision statement of Messianic Jewish Theological Institute is apt here: “Teaching and living a vision of Jewish life renewed in Yeshua.”  Yes!  Yet how much have we too much accommodated ourselves today to convenience and to a certain misunderstanding of egalitarianism. Egalitarianism rightly understood does not obliterate distinctions and differences, but rather maintains these, while according to each grouping appropriate equality. Unity is not the same as uniformity. Equality is not the same as homogenization. Nor does proper distinction necessitate barring women from certain roles. We need to use a scalpel, not a meat axe!

I find something profoundly right about the kind of rite of passage mapped out here, and something significantly missing from the communal life of our religious communities until we return to a proper regard for roles, rigorously living them out. Nowadays we have rites of passage, but they do not pass anywhere significant–there is usually no rigorous fraternity of accomplishment, character, conduct and learning into which Bar Mitzvah boys are received. Our rites of passage have devolved into catered affairs.  This is likewise true for women and the Bat Mitzvah ritual.  But we need to learn from Dalbey here, and produce analogous rites and understandings  for the women in our communities, and a likewise rigorous sisterhood of responsibility. But where are these rites in our context?

In our next post we will look at two more broad components of a re-masculinizing model: struggle and brotherhood.

Meanwhile, carry on and think on these things.