Incendiary Reading on Theologizing about Jews and Judaism

Posted on January 5, 2012 by Stuart Dauermann

I have learned that reading is one of the most high yield activities to which I can devote myself. Sometimes that reading is research, which requires intense focus and a data crunching mentality. I am doing a lot of that right now,  I am also at a stage in life where I am thinking of my legacy, and in part, that means writing. Therefore, more research.

Lately I have been researching the World Council of Churches and the Lausanne Movement, two Christian endeavors, and how they think theologically about the Jewish people and act toward us. Very interesting, and, for an impassioned guy like me, often upsetting.

Today, I thought I’d upset you too!  Read on. 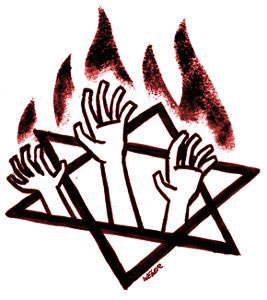 According to Alan Brockway, a much experienced expert in Jewish-Christian relations, at the founding meeting of the World Council of Churches (Amsterdam – 1948) “the ambiguity of the churches about guilt for the Shoah and the desire to convert Jews was profound.” A statement by the Protestant Commission on the Witness to Israel of the Protestant Federation of France, prepared for this assembly, summed things up in astounding language, raw and irritating more than sixty years later.  In their statement, these French Protestant officials  blatantly say that the Jews should see that their sufferings (in the Shoah) are not due to the death of Jesus,  “But (rather) an appeal to conversion and to turn from their unfaithfulness. . . . their unfaithfulness consists in their refusal to recognize him as the Messiah foretold in the prophets.” In other words, they allege, the reason the Jews suffered so horrendously was as an incentive to embrace Jesus as Savior. Wait. It get worse.

Later, the paper astounds even more glaringly when it states, “unless we are to be at cross-purposes, a clear distinction should be drawn between anti-semitism and the anti-Judaism which is involved in every summons to conversion. . . . (While we are opposed to anti-semitism, the hatred of Jews for being Jews), the aim of general conversion cannot be anything less than the spiritual destruction of Judaism.” In other words, one of the fond wishes and goals of such a Christian witness to Jews is the spiritual destruction of Judaism.

I am enraged. Are you?

Sadly, remnants of this attitude may be found today among some, thankfully not most, Christians and sadly, even among some missionaries to the Jews who, while fostering cordiality and relationship with Jews, have nothing good to say about Judaism, which they regard as at best a vestige of a now bygone era, or at worst, an obstacle, even a Satanic obstacle, between the Jews and their God.

Abraham Joshua Heschel, of Blessed Memory, asked the rhetorical question of Christians, “Is it your desire that there should be no more Jews in the world?”  My question is similar:  “Do you think the world would be a better place, and the Jews better off, without Judaism?”

Obviously, these perspectives are and should be anathema for any of us claiming to represent and to practice Messianic Judaism.

Or do you differ?

1 Response to Incendiary Reading on Theologizing about Jews and Judaism