Posted on January 1, 2012 by Stuart Dauermann

Sorry for the long hiatus folks. I have been deep in studies, including the deep, complex but utterly worthwhile book referenced below. My New Year’s resolution is to not have as long a hiatus in the coming year. And now . . . to the chase! 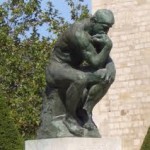 As mentioned in my last posting, in Another Reformation: Postliberal Christianity and the Jews, Jewish philosopher/theologian Peter Ochs speaks of reparative reasoning, an approach to  intra-communal self-scrutiny which seeks to identify and repair what is wrong in the communal life of the people of God.  As Ochs says elsewhere, “repairing problems or sufferings is a species of bringing definition to what is irremediably vague; more poetically, we may also say that ‘defining the vague’ is a species of ‘repair.'”

In this posting, let’s define the vague a little in looking at the Messianic Jewish Movement. We will borrow from Ochs four of his “marks” which characterize reparative reasoning. Let’s look at the marks, slightly adapted for our purposes, and define the vague.

These are the marks:

As someone who has been around Jewish believers in Yeshua for almost fifty years,  one of our habitual wrongs that has done nothing but damage is chronic disunity.  And yes, I have stories!  This movement has a talent for fracturing, for polemics, for people splitting off to form fiefdoms of various kinds. It is a movement where people need to hear the words of the Prophet Rodney King: “Can’t we all just get along?”

Mark #2 – To read a material threat to the group as a symptom of an as-yet-invisible disorder within the community. In other words, when God allows the community to be under threat, it is more than likely due to sin in the camp. He (God) is drawing our attention to a matter which must be addressed.

One of the material threats apparent in the movement is the estranged and often inchoate condition of our next generation.  We got a shove in the right direction from the Spirit of God when this movement was birthed in the early 190’s. But now the old hands are either dying off or, in some cases retiring–certainly most are cooling their jets. But what of the next generation? Do we see a coalition of the inspired and dedicated young who are going to take this movement to the next level? This problem could be God’s way of tapping us on our collective shoulder to say, “There’s something wrong here!

Mark #3 – Reading the disorder in the group as symptomatic of the group’s collective sin or error.

This is closely related to the prior point, but highlights the communal nature of the problem. It is not one person or some small group of persons who are the problem—one can find the problem systemically throughout the movement. To what extent is the movement, even on the micro level, demonstrating a penchant for turf-protection, for polemical name-calling, for personal kingdom building, for picking up of one’s marbles and going home?  On the congregational level, are there people who just can’t get along? Are marriages falling apart?  Are friendships dissolving? Are people getting “offended” and going elsewhere?  If so, then the virus of disunity is afflicting not only the body, but its parts. Scripture urges us to “maintain the unity of the Spirit in the bond of peace.” Well, how are we doing?

Mark #4 – A moment when the prophet’s reasoning and God’s voice are mutually indistinguishable.

Not that I am claiming to be a prophet, but as you read these words, or as you have heard or read someone else speaking on the issue of disunity and how we need to do much better in working together, do you feel as if someone is reading your mail?  If so, then it is likely that the Spirit of God is at work, and not just the intuition and intelligence of the messenger. Perhaps someone will speak on these issues at a national conference of some sort. If an unnatural, actually supernatural hush comes over the room, pay attention!  In fact, why not pay attention now?  And why not make a decision as to what you are going to do about it?

And may God give all of us a not only happy, but also effective and, dare we hope for it, more unified New Year.