Reparative Reasoning and the Condition of the Messianic Jewish Movement

Posted on December 5, 2011 by Stuart Dauermann 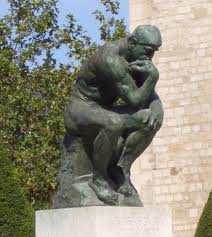 In his profound and thoughtful book, Another Reformation: Postliberal Christianity and the Jews, Jewish philosopher/theologian Peter Ochs speaks of reparative reasoning, or Scriptural Reasoning. This an approach to Scripture and to intra-communal self-scrutiny which seeks to identify and repair what is wrong in the communal life of the people of God.  As Ochs says elsewhere, “repairing problems or sufferings is a species of bringing definition to what is irremediably vague; more poetically, we may also say that ‘defining the vague’ is a species of ‘repair.'”

Considering the writings of Christian philosopher Stanley Hauerwas and his encounter with the prophecies of Amos, Ochs names six marks of reparative reasoning:

These are the marks:

What might such marks have to say to the Messianic Jewish movement as it stands today?  What problems do we need to identify that otherwise will remain “irremediably vague,” and how might we repair them?

In my next posting I will revisit these marks and tentatively apply them to the Messianic Jewish Movement. Come think with me.